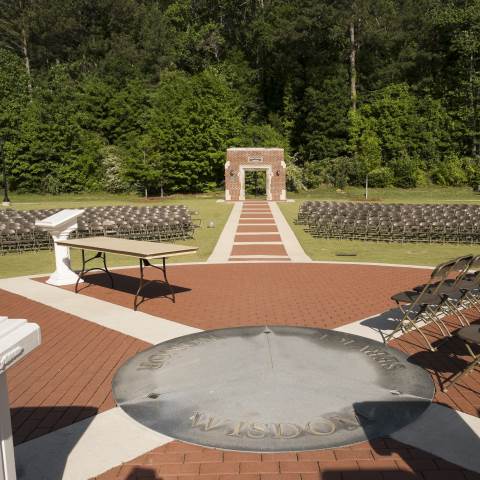 The Johnson-Drummond Amphitheater is a versatile outdoor space behind Thatcher Hall where students gather with their friends for performances, pep rallies, annual events, and impromptu kickball games.

The amphitheater area behind Thatcher Hall is named in honor of George Johnson (’54) and Jere Drummond (’57), co-chairmen of the $90 million Second Century Campaign that funded the construction of Thatcher Hall as well as many other priorities for the school. 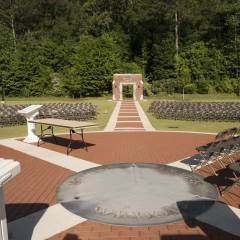 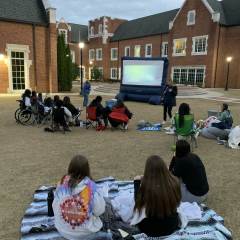 Regester House day and boarding students get together for an outdoor movie night. 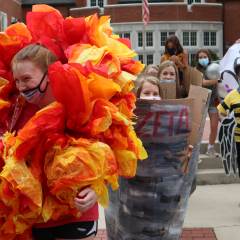 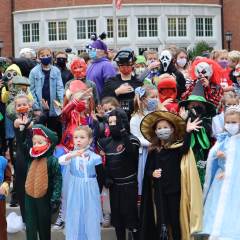 Students in pre-K to fifth grade entertained their parents, grandparents, and friends with a Halloween costume parade. 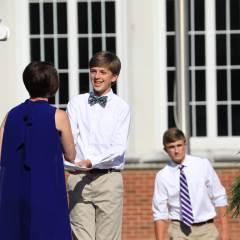 Eighth-graders are honored at their Final Assembly in the Johnson-Drummond Amphitheater. 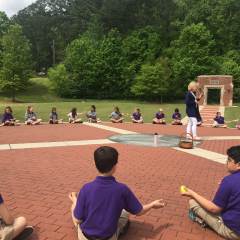 Fifth-graders enjoyed participating in the left-right activity to see what prize egg they won at the end of the story. 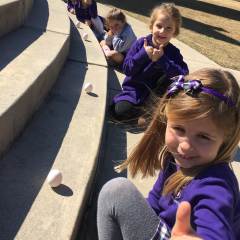 Pre-K celebrated the first day of spring by trying to stand eggs on their ends. The Smarties had lots of fun trying (and succeeding) in this great tradition! 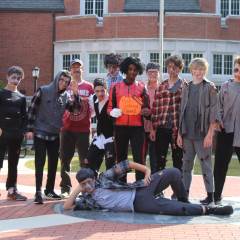 Mr. Cooper's advisory put a lot of hard work into this year's Halloween Costume Contest! Utilizing the "Just Dance" version of Michael Jackson's "Thriller", as well as a handful of their own original dance moves, they created a presentation that included every member of their advisory equally. 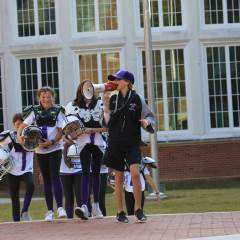 Students in sixth through eighth grade show off their creativity as advisee groups compete with skits and themed costumes during the Halloween parade. 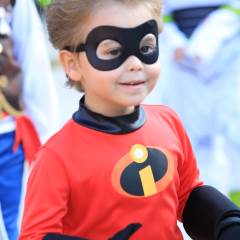 Students in pre-K through fifth grade show off their creative costumes during the Halloween parade and then entertain family and friends with music.