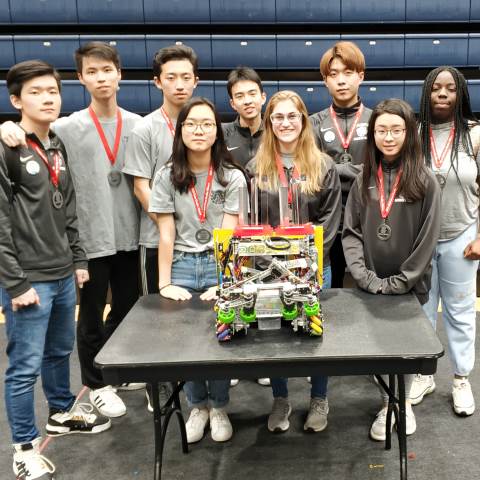 Darlington School: Darlington robotics team makes it to the finals at State Competition

Darlington robotics team makes it to the finals at State Competition 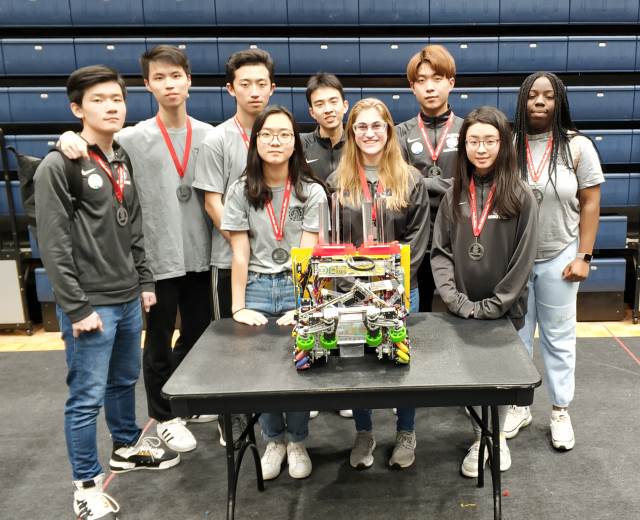 Darlington’s DarBots robotics team made it to the final round in the FIRST Tech Challenge state competition held at the Cobb Civic Center on February 21-22.

Over 180 public and private teams and clubs from across the state gathered for the competition and 48 of those teams made it to the finals. Coached by Upper School Science Department Chair Owen Kinney and Math Teacher Taylor Owens, this is the third consecutive year that the DarBots team has made it to the finals.

“The DarBots remain at the top of the field consistently, despite the fact that the number of teams nearly doubled from last year. To remain on top of that heap is a considerable feat,” said Kinney. “Our team is led by kids who have exceptional drive in a number of areas. They’re artistic, creative, and curious about coding on an entirely different level.”

Kinney attributes the team’s consistent success to the team mentoring that takes place behind the scenes. Experienced team members mentor younger members so that they can take over when part of the team graduates.

In addition to competing in the final round, the DarBots received the Control Award. This recognition celebrates a team that uses sensors and software to increase the robot’s functionality in the field.

“Our robot is powered by complex coding and a variety of technologies and I’m proud that the team received the Control Award,” said Kinney. “Our team has used a variety of sensors and implemented pixel mapping,image recognition, pursuit algorithms, and motor encoders. Under the leadership of David Cao, the coding behind this year’s robot is truly next-level.”

Earlier this season, the DarBots finished with a second place Inspire Award out of 28 teams at the Western Georgia League Tournament, giving them a spot at the state competition. The Inspire Award celebrates the team that scores highest in all judging areas. The team also received the Motivate Award and Promote Award for their STEM Outreach efforts in our community. DarBots coach Owen Kinney received the FTC Compass Award which recognizes an adult coach or mentor who has given outstanding guidance and support to a robotics team throughout the year and demonstrates to the team what it means to be a gracious professional.

The DarBots have done demonstrations at the Boys and Girls Club in Rome, taught programming to middle school students, led programming and logic activities for fifth-graders by using Sphero and Scratch, and worked with Beth Wardlaw on activities related to the Hour of Code. The team has also collaborated with the Floyd County Bomb Squad, working to bring a (donated) decommissioned FBI bomb robot back to life.

FIRST Tech Challenge teams (10+ members, grades 7-12) are challenged to design, build, program, and operate robots to compete in a head-to-head challenge in an alliance format. Guided by adult coaches and mentors, students develop STEM skills and practice engineering principles (like keeping an engineering notebook), while realizing the value of hard work, innovation, and sharing ideas. The robot parts are reusable from year-to-year and a variety of languages, including Java, can be used for control. Teams also must raise funds, design and market their team brand, and do community outreach for which they can win awards. Participants have access to tens of millions of dollars in college scholarships. Each season concludes with Super-Regional Championships and an exciting FIRST Championship. 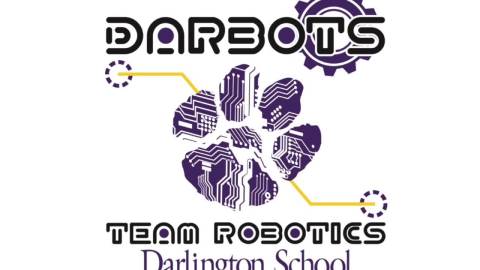 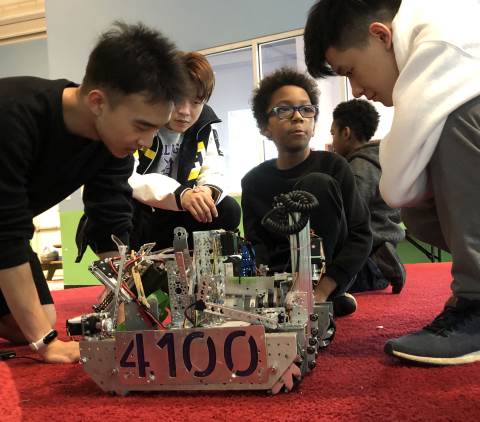 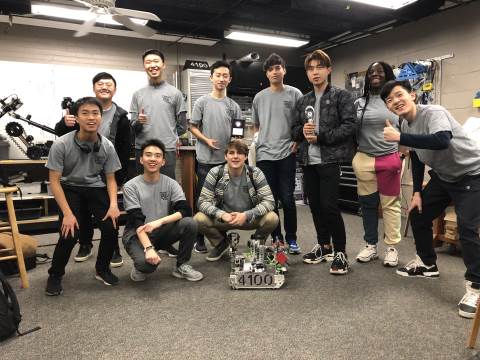