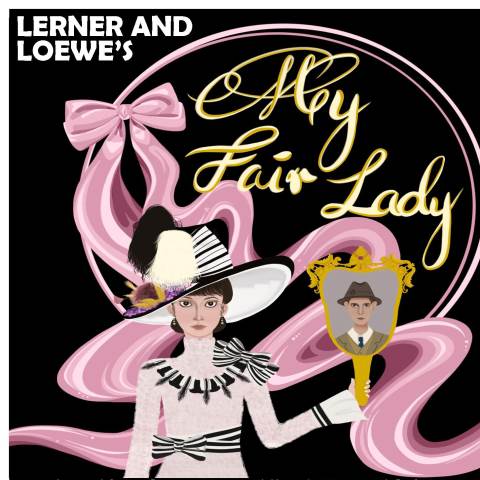 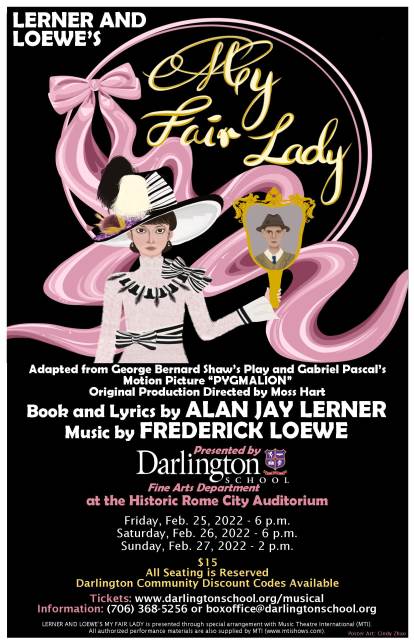 Following a hiatus of the annual winter musical due to the pandemic, Darlington's fine arts department and The Darlington Players will present "My Fair Lady" Feb. 25-27 at the Rome City Auditorium. Showtime is 6 p.m. on Friday and Saturday. Showtime for the Sunday matinee is 2 p.m.

The musical follows Eliza Doolittle, a poor Cockney flower girl, as she works with Professor Henry Higgins on her speech to pass as a proper lady in English society in the early 20th Century.

"The cast is thrilled to be preparing for another live production at the beautiful Rome City Auditorium!" said Shelley Daniel, theater director. "It has been two years since we performed 'Shrek' in the space, and this will be our first indoor show since then. We are grateful for the opportunity."

This production features 30 Upper School students contributing as actors, crew, student staff and musicians. Seniors Kathryn Davidson and Grayson Davis are playing the lead roles of Eliza Doolittle and Professor Henry Higgins, respectively. The script offers a variety of roles, and most members of the ensemble are playing three to six different characters. Sixteen actors will be transforming between each scene, stepping into 45 different roles, physicalities and personalities, as well as over 95 costumes and three different accents throughout the show.

"I am most proud of the songs that involve our entire company," said Davidson. "The harmonies in this show can be challenging to learn when the melodies are so familiar to us, but when we finish learning a song, it is so exciting to hear the parts fit so beautifully together"

Purchase tickets to the show of your choosing on Eventbrite by visiting the links below: