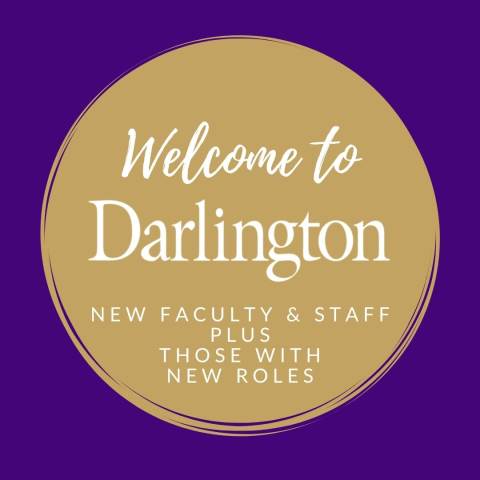 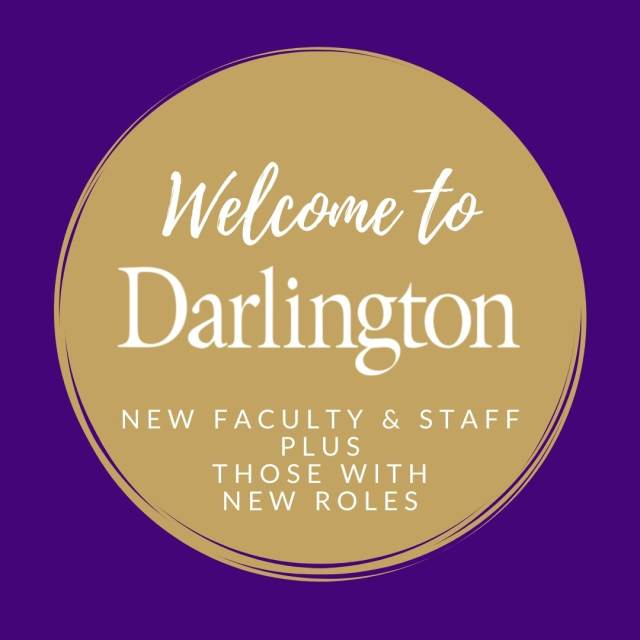 Darlington is pleased to welcome the following new faculty and staff members for the 2021-2022 school year:

Madeline Duncan ('11) will serve as assistant coach of the girls' Soccer Academy team and Soccer Academy team administrator. She holds a B.S. in Sports Management from the University of West Georgia and played soccer at Limestone College prior to transferring to UWG. She has also coached at No. 1 Soccer Camps and interned with the Armstrong State University athletic department. Most recently, Duncan has worked in event planning and catering. As a Darlington student, she was Soccer Academy MVP in 2010 and 2011. She also won a state championship as a member of Carolina Elite Soccer Academy in 2008.

Terar (Stewart) Everhart ('13) will serve as the Upper School administrative assistant and middle school girls' basketball coach. She holds a B.S. in Communication from Kennesaw State University and has six years of experience in education. Most recently, she taught at Anna K. Davie Elementary School in Rome and coached basketball at Rome Middle School. She previously served as assistant director and lead teacher at Rome Children's Academy. As a Darlington student, she was a standout in basketball and spent her summers on staff at the school's youth basketball camp.

Rebecca Enderle will teach Spanish in grades pre-K to 5 after serving as a long-term substitute teacher in 2020-21. She holds a B.S. in Elementary Education and an M.Ed. in Elementary Education from Berry College. She has nearly a decade of experience in education, teaching in both preschool and ESL programs. Most recently, she has been teaching English remotely to VIPKid students in Beijing, China. She also spent time teaching English at Alliance Academy International in Quito, Ecuador. Enderle also participated in a number of international study abroad experiences during her undergraduate and graduate programs. She and her husband Matt, who teaches math at the Upper School, are the parents of Ande ('34).

Alex Johnson will serve as choral director. She holds a B.M.E. and a M.M. in Choral Conducting from Georgia State University as well as a Georgia Educator Certificate in Music P-12. She is also a member of the American Choral Directors Association, the National Association for Music Education and the Georgia Music Educators Association. In her graduate assistantship, Johnson led the Master Singers, Women's Chorus and Choral Union in rehearsal and performance. She also coordinated trips and tours around the state and country.

Andy Lopez was hired as head coach of the U17 boys' Soccer Academy team. He holds a B.A. in Exercise & Sport Science from the University of North Carolina at Chapel Hill, where he played Division 1 soccer and had two Final Four appearances. After graduating, he served his alma mater as assistant director of team operations and worked summer college ID camps. He was also head coach of Triangle United Soccer Association's U12 team in Chapel Hill. Most recently, he served as a coach and operations assistant for Round Rock Soccer Club.

Noah Murphy was hired as head coach of the U19 boys' Soccer Academy team. He holds a B.A. in Psychology from Saint Louis University, a B.A. in Psychology from the University of Central Florida, and a M.L.S. in Organization Dynamics from Southern Methodist University. He played NCAA soccer at both Saint Louis University and UCF and went on to become the women's soccer graduate assistant and director of operations at Southern Methodist. In this role, he planned and executed team travel, coordinated special projects such as health and fitness monitoring, implemented NCAA compliance rules, worked on the personal and professional development of student-athletes, and more.

Monisha Patel will teach science at the Upper School after serving as a long-term substitute teacher in 2020-21. She holds a B.S. in Chemical Engineering from Louisiana State University and an M.B.A. in Operations Management from Tulane University's A.B. Freeman School of Business. After a career that included work for corporations such as Union Carbide and DuPont, she has spent her most recent years working as a project manager for Redmond Regional Medical Center. She and her husband, Himanshu, are the parents of Karina ('24) and Annika ('23).

Carrie Watterson will teach second grade. With a decade of experience in the classroom, she holds a B.S. in Elementary Education from Shorter University and an M.S. in Early Childhood Education from Kennesaw State University as well as a Gifted Endorsement, Math Endorsement, and Special Education General Curriculum Certificate (P-12). Watterson has spent the last eight years at West End Elementary School, where she has taught pre-K; second-grade math, science, and social studies; and, most recently, third-grade math, science, and social studies. She was instrumental in the development of West End's STEM program and currently serves as a grade-level leader, a new teacher mentor, and as the school's Student Support Team (SST) coordinator. Watterson also spearheaded West End's Helping Hands Ending Hunger initiative. Her children, Tripp and Annie, will be in ninth grade and sixth grade at Darlington this fall.

The following current faculty and staff members will move into new roles:

Stefan Eady has been named assistant head of school for academic affairs. He has held a variety of different roles in communications, web development and information technology since he began working at Darlington in 1997. In 2016, he was named assistant head of school for academic resources, overseeing information technology, library services, and the Teaching and Learning Center. He also continues to teach AP Computer Science and holds a B.A. from Berry College and an M.S.I.S. from Kennesaw State University. He and his wife Carrie, human resources manager, are the parents of Jack ('19) and Callie. ('28)

Ashley Evans will teach Spanish in grades 6-8. A Spanish teacher at Darlington since 2008, she holds bachelor’s degrees in journalism and Spanish and an M.Ed. in Foreign Language Education with Certification in ESL from the University of Georgia. She and her husband, Brant, who serves as dean of student life and history teacher at the Upper School, are the parents of Samuel (’34) and Isabella.

Derek Fine has been named director of information technology. He has worked in the I.T. Office since 2015, first as technology support specialist, then as technology support coordinator, and most recently as network administrator. He holds a B.A. in Business and Marketing from Clayton State University and an M.S. in Information Technology from Kennesaw State University. He also holds multiple certifications related to data security. He and his wife Julie, a fifth-grade teacher at Darlington, have three children, Adelyn ('30), Harrison ('34) and Lily ('34).

Michael Jacobs will serve as interim director of library services. She has been librarian at the McCallie-Kennedy Library since 2012 and was recently elected president of Georgia Independent School Librarians. She is also a member of the American Library Association's American Association of School Libraries and Young Adult Library Services Association divisions and is a regular literary reviewer for School Library Journal. In addition to her librarian role at Darlington, Jacobs has taught Design Thinking, led iPeriod offerings, advised reading clubs and proctored our online Latin courses. She holds a B.A. in English from Berry College and a Master of Library and Information Studies from the University of Alabama.

Molly Jordan will serve as a learning specialist. A second-grade teacher at Darlington since 2016, she holds a B.A. in Communication from Auburn University, an M.Ed. from Jacksonville State University, and an Ed.S. in Curriculum and Instruction from Lincoln Memorial University. At Darlington, Jordan has been a leader in flexible classroom design and an early adopter of Orton-Gillingham teaching and learning strategies. Prior to Darlington, she taught in the Polk School District for 13 years. She and her husband, Jason, are the parents of Neelley ('29), Caroline ('25), and Stuart ('32).

Kurt Luitwieler will be head coach of the girls' Soccer Academy team and will continue to teach math at the Upper School. A teacher and coach at Darlington since 2016, he holds a B.S. in Anthropology and History from Carnegie Mellon University and numerous coaching certifications. He taught and created a variety of different math courses at Holland Hall School in Tulsa, Okla., for 17 years before moving into a role as director of coaching education and player development for the Oklahoma Soccer Association. He and his wife Jennifer, an Upper School learning specialist and English teacher, are the parents of Abigail, Bronwyn ('18), and Elliot ('22).

Becks Nolin will serve as head of Cooper House, one of three girls' residence halls at Darlington. Nolin has worked as a member of the duty staff in Regester House and served as head coach for the girls' Soccer Academy team since 2017. She holds a B.S. in Sports Management, Marketing and Psychology from Kennesaw State University and a USSF National C coaching license. Nolin has more than a decade of experience working with young people through coaching and is a former professional soccer player for the Atlanta Beat. She and her husband Matt, technology support coordinator, are the parents of Addi ('33). 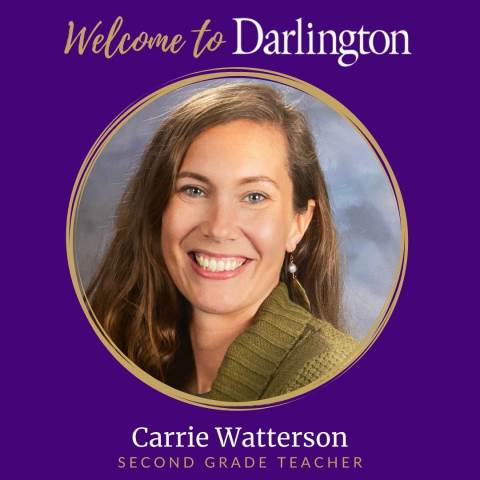 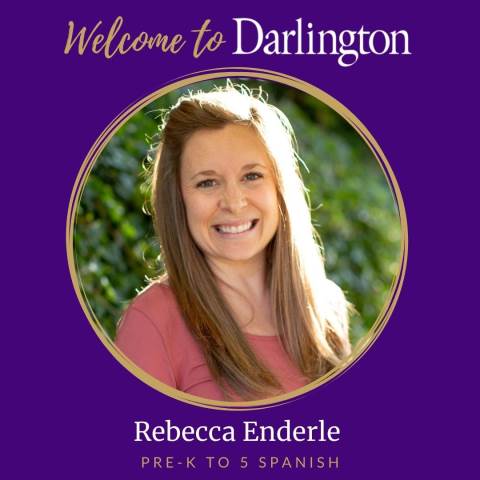 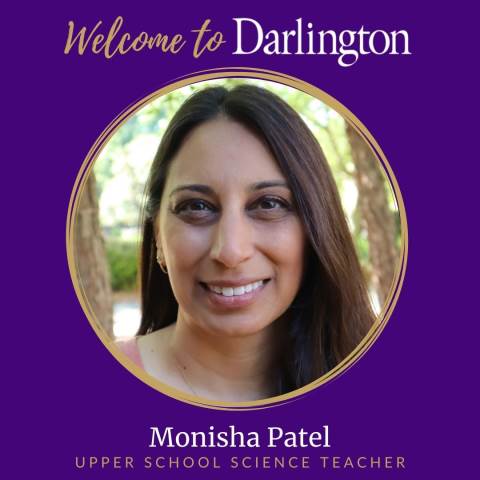 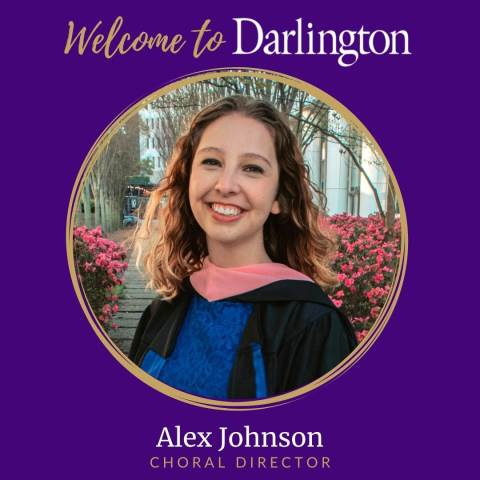 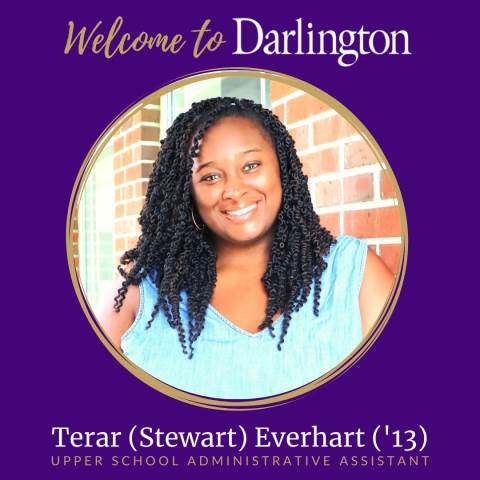 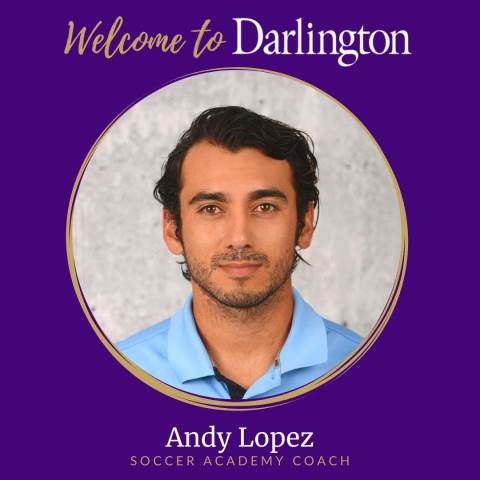 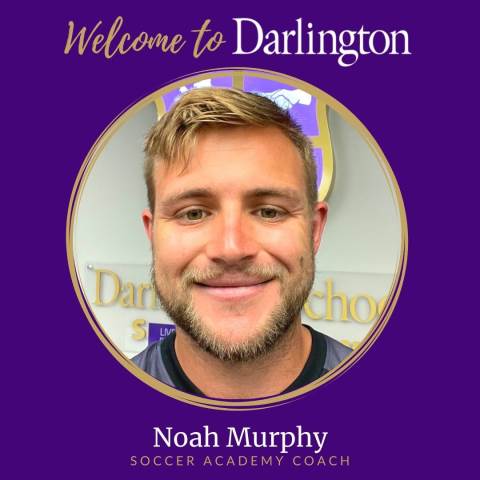 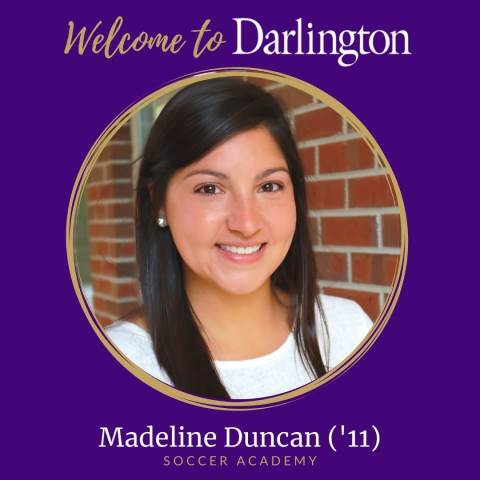