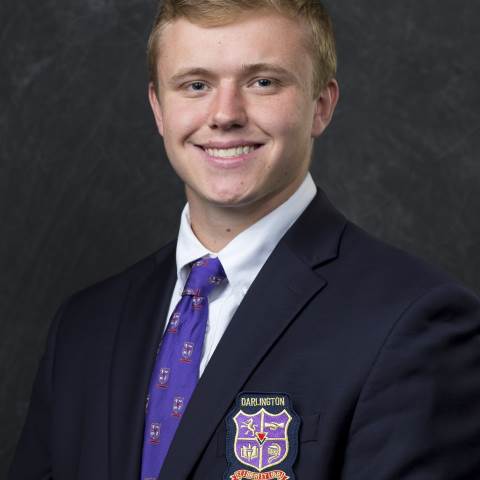 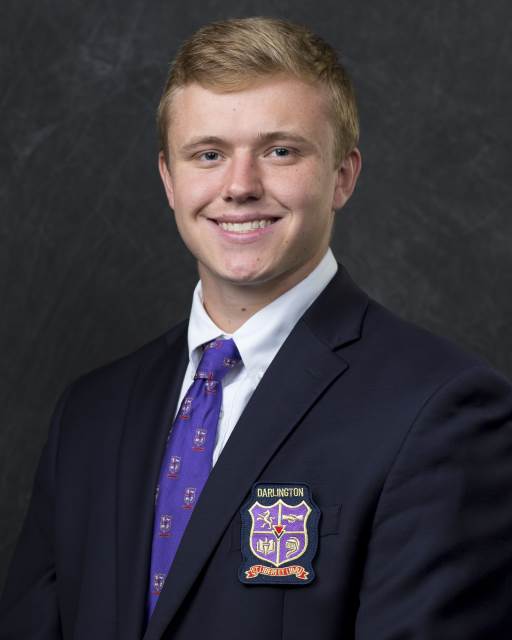 Senior Luke Lewis was named the winner of the John Pinson Outstanding Male Athlete Award by the Rome-Floyd Parks & Recreation Authority. As such, he was one of two seniors in Floyd County recognized with a $500 college scholarship.

Candidates for the award must have received local, area, regional or state recognition in athletics and be active in school and community organizations and activities, maintaining a cumulative GPA of 3.0 or higher.

“We are very proud of Luke for being named the male John Pinson Jr. Award recipient," said Eddie Guth, athletic director. "Being selected from among such a successful group of young men from across Rome and Floyd County is a tremendous honor."

Lewis is a four-year member of the varsity football and basketball teams and was the Floyd County representative for the 2019 Positive Athletes of Georgia organization. In his senior season of football, he was named First Team Offense on the 2021 6A/A All-Region Team and received the Scholar-Athlete and Captain Awards. He also received an Honorable Mention for the 2020 6A/A All-Region Team and won the 2018 Junior Iron Tiger physical fitness competition. In basketball, he received the Scholar-Athlete Award for the highest GPA in both 2019 and 2020. He has also been a camp counselor at Darlington's football and basketball camps for the past four years and is a member of Fellowship of Christian Athletes.

Lewis will be attending the University of Georgia and is the son of Angie and Jon Lewis of Rome.