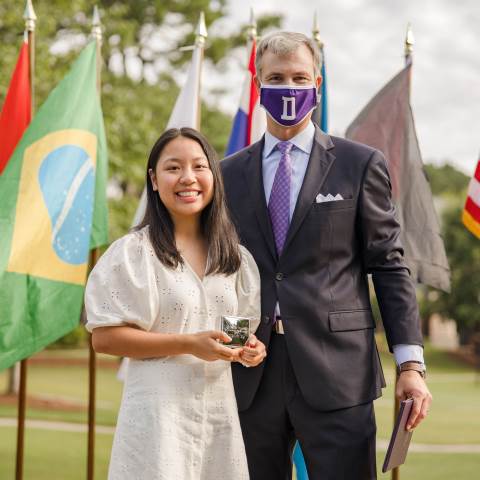 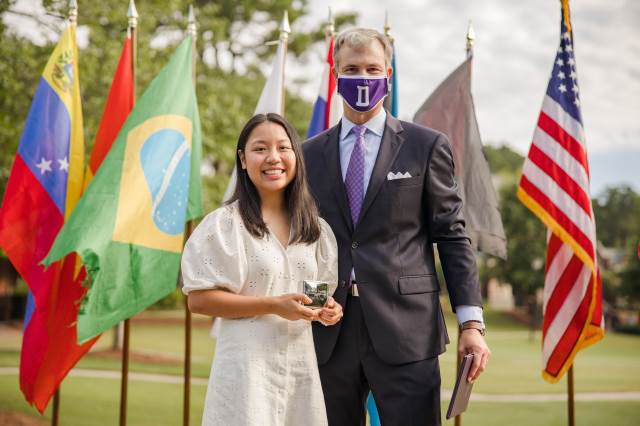 Dang, who was a day student from Calhoun, Ga., took 16 AP and Honors courses during her high school career and was named an AP Scholar with Distinction. She was a member of National Honor Society, The Cum Laude Society, Mu Alpha Theta and Sociedad Honoraria Hispanica. A Furman Scholar and Wofford Scholar, Dang was a recipient of the A.J. Huffman '67 Memorial Award and a member of the girls' varsity soccer and cross country teams. She was also a Tiger Expert, coordinator of Darington's Academic Mentor Program, a tutor in The Writing Center, and president of the Tome Student Literacy Society. This year, she received the Williamson Prize during Honors Day. She is the daughter of Huong Ta and Quy Dang of Calhoun.

Manning, who was a day student from Rome, took 17 Honors and AP courses in high school and was named an AP Scholar with Honor. He was a member of National Honor Society, The Cum Laude Society, Sociedad Honoraria Hispanica, Mu Alpha Theta and Tri M. A Presbyterian Fellow, he was a member of the University of Georgia Certificate of Merit Program and received the Harvard Club Award. Manning was president of the Y-Cabinet, secretary of the Honor Council, and a member of the Concert Choir, the Random Notes men's a cappella group, the Young Republicans, and a four-year member of the varsity football and lacrosse teams. This year, he received the D.M. McNaull Award during Honors Day and was named Noon Optimist Club of Rome's Student of the Year in the All Around category. He is the son of Susi and Tommy Manning of Rome. 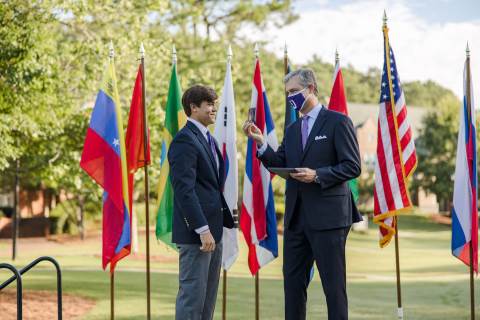