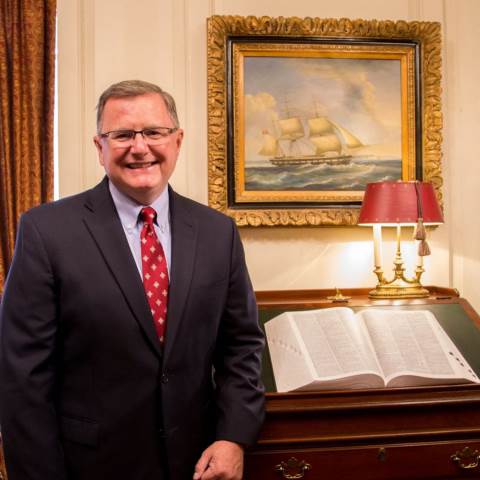 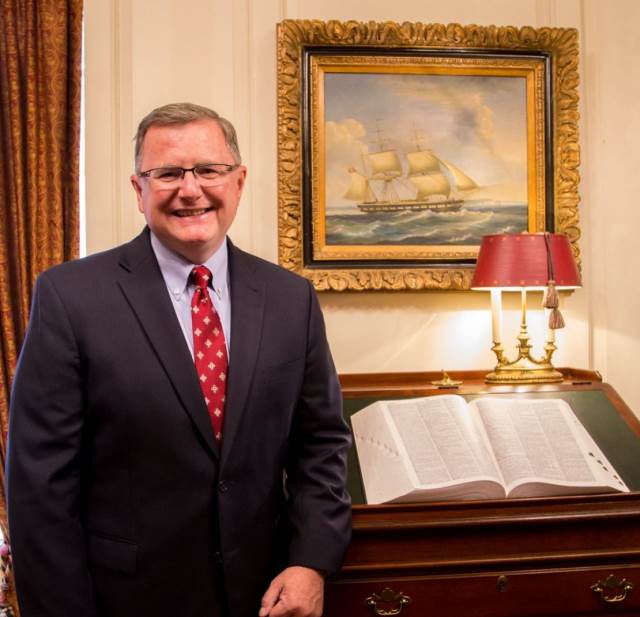 Darlington School is pleased to announce that Learning Specialist Justin Bruce will be the keynote speaker at Baccalaureate and Trustee Alexander "Whit" Whitaker ('77, LD '15), president of King University, will give the Commencement address.

Bruce, who was selected to speak by the graduating class, has served as a learning specialist at the Upper School since 2016 and also coaches JV and middle grades basketball. He holds a B.S. in Collaborative Special Education from Auburn University, a Masters in Special Education Adaptive Curriculum from the University of West Georgia and an Ed.S. in Curriculum and Instruction from Lincoln Memorial University. Bruce has over a decade of experience in education. He and his wife, Elizabeth (Collier) Bruce ('03), who serves as head of Cooper House, have two daughters, Annie Ruth and Rosie Elizabeth.

Whitaker became president of King University in 2016 after serving as a senior officer at Berry College for nearly a decade. At Berry, he was chief of staff and, earlier, head of major gift fundraising. The Berry College Board of Trustees granted him emeritus status upon his departure and, in 2019, the college gave him a Distinguished Alumni Achievement Award. Whitaker began his higher education career after 25 years as an active-duty Navy officer and judge advocate. A designated international law specialist, he had postings at sea and ashore, with tours on both U.S. coasts and overseas in Scotland, London, and Japan. His assignments included serving as director of Navy general civil litigation, as executive officer of the Navy’s largest court-martial prosecution command, and as commanding officer of the Navy’s southeast legal services office. His decorations include two Legions of Merit and four Meritorious Service Medals, in addition to numerous other unit and personal awards. Whitaker retired from the Navy as a captain in 2007. He and his wife, Maria, live in Bristol, Tennessee. They have three grown children and two grandchildren. 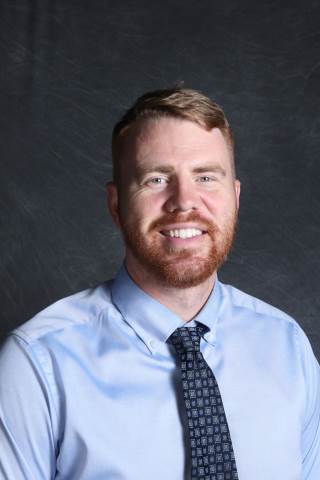