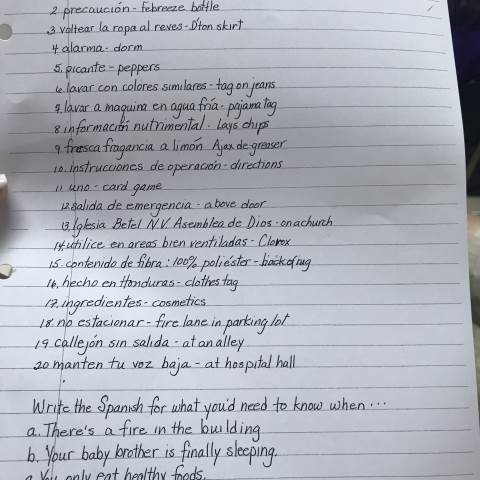 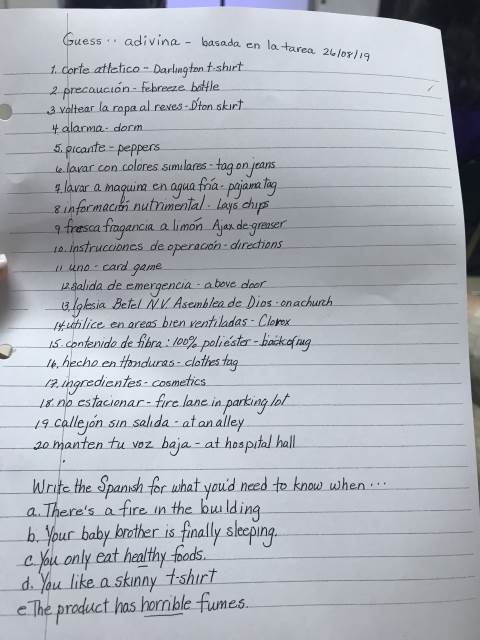 This summer I spent a lot of time visiting colleges with my son. Of course every college wanted us to hear why they were better than the others. They were sure to mention the "advantages" that my son would have by attending their college.

This made me consider what I know to be the "Darlington advantage."

As this new school year started, I was given the opportunity to help lead our World Languages department. This affords me the opportunity, benefit in reality, to observe my colleagues teaching their classes. Today I had the rare advantage of observing both a first grade class and an Upper School Spanish 1 class. I saw some amazing teachers working with two totally different groups of students.

Let me start by describing the first grade class. Señora Evans had a room full of students! I was amazed at the ease and calmness with which she handled everything from getting them to pay attention, respond to her questions, and follow her guidance and instructions. Her classroom management would amaze even the most seasoned teacher!

When I entered the room, she was singing a song with her students. They sang along and acted it out with her. She seamlessly transitioned to story time. She told them a story and she had props for the characters. After she used the props, the kids volunteered to be the characters. They all eagerly participated in retelling the story several times. Then they watched a video without sound. The children were the ones telling what was happening in the video. One call of "atención" and everyone was ready to listen to the next set of instructions.

They moved onto to coloring the book that matched their story by listening to the instructions she gave. They negotiated finding a seat, sharing the crayons and helping each other out better than most teenagers would have. As they colored their books, they called out both the names of the items and the colors they were using.

This class seems amazing to me as a class in and of itself. But you have to remember this was a Spanish class. So everything Sra. Evans said to the students was in Spanish! Their brains were like sponges soaking up the language she exposed them to. How much easier will their future language acquisition be because of this?! This is a new class for Sra. Evans and she has already accomplished so much with them. No wonder they love Spanish by the time they get to our middle grades!

The second class I observed was a class of mostly freshmen taking Spanish 1. Sra. Lowe did an amazing job of getting everyone excited at the beginning of this very full class. She greeted them one by one and they all excitedly put their phone up in her holder and grabbed their "name". This must have been evidently instituted as a classroom routine but this class did it as pros, even during the second week of school.

Sra. Lowe then asked who was going to "teach" class. The student who volunteered proceeded to ask several students in the class "¿Cómo estás?". These students responded in Spanish and the class responded to them with an expression of agreement, empathy or excitement based on their response. How did Sra. Lowe get them to do it so well? It was simply amazing! Then a volunteer talked about the date and the weather for both today and yesterday. They were speaking in the past tense in only the second week of Spanish 1! They then proceeded to interpret expressions they had seen in Spanish in their lives. They had previously shared these phrases and where they saw them with Sra. Lowe. So she took what they found and show them how to get meaning in context.

Both classes were fascinating! Watching both teachers use their passion and enthusiasm to engage their students was inspiring. I wish parents could see how easily it seems these teachers are immersing their students into Spanish language acquisition. However, the Darlington advantage is the opportunity to be totally absorbed even engrossed by Spanish when you are so young that you don't realize it is happening! These students will be so far ahead of their classmates by the time they reach their freshman year and they will definitely be "confident contributors." 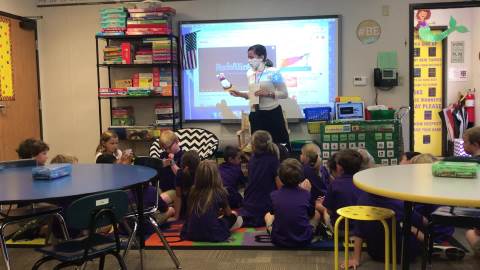 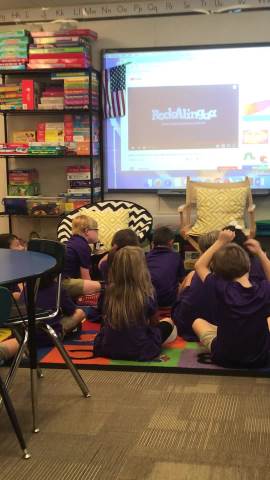 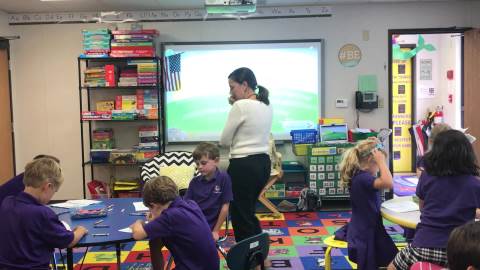 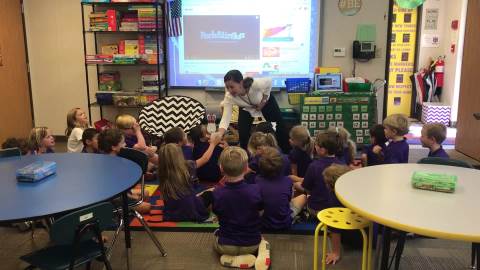 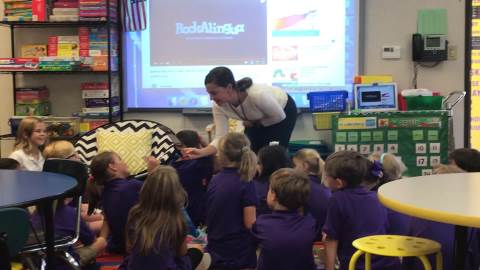 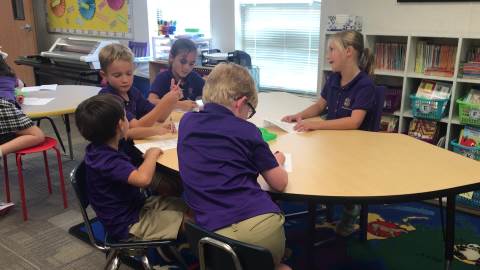 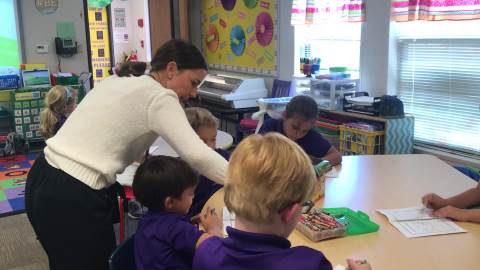 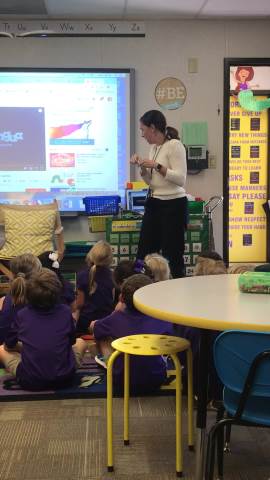