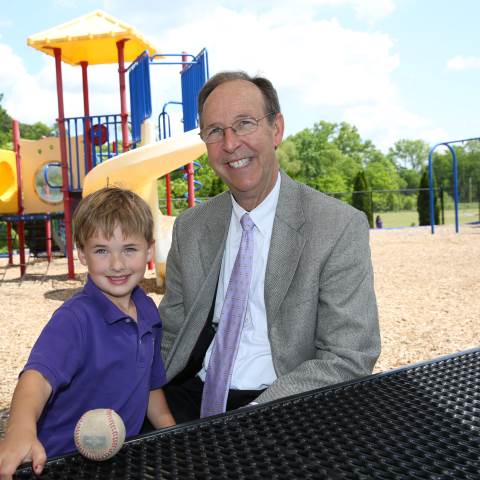 State championships seem to run in the Hortman family. Ask Dr. Bob Hortman (’72) about his athletic abilities and he will quickly point to his sons and claim that they are the true athletes. Take a deeper look into family connections and you’ll see that the Hortman name is connected to seven Darlington state championship titles.

Hortman’s sister, Cindy (Hortman) Meeker (’71, LD ’12), was a member of Thornwood’s state champion tennis team; Bob’s soccer team won the state soccer title in 1971; his brother, the late David Hortman (’77), was on the wrestling team when they won state; and both of Bob’s sons were members of the football and lacrosse teams when they won state titles.

“Soccer was something I did all four years of high school, but my real love for the school started when my children were here,” said Bob. “They were deeply involved in sports and activities, and I saw them grow into strong students and citizens. I got to know the inner workings of the school through parent organizations and booster clubs, and that is how my real love and appreciation for Darlington grew.”

After high school, Hortman attended The University of North Carolina at Chapel Hill, where he earned his B.A. in Chemistry. He went on to earn his D.D.A. from the Medical College of Georgia and complete his General Practice residency at the University of Alabama at Birmingham before returning to Rome. He now runs a successful dental practice, Hortman Carney Dental.

Bob and his wife, Susan, are the parents of three alumni, all of whom have participated in Leadership Darlington: Robert Hortman (’99, LD ’18), Jeff Hortman (’02, LD ’15), and Janie Hortman (’03, LD ’13). Bob reflects on his experience as a Darlington parent with fondness and gratitude.

“I had three very different kids,” he said. “They had unique interests, different skills, talents and passions. Darlington was able to meet all of them and help develop all of them. It’s something to be admired when a school can touch everybody in such a way.”

In addition to serving Darlington, Hortman has remained connected to his classmates. Part of the glue that has kept the Class of 1972 together through the years is the 1971 Georgia State Championship Soccer Team. These brothers have remained close and held several reunion parties through the years. In the summer of 2018, the Classes of 1970-72 got together and celebrated their coach Clint Schaum’s 80th birthday.

“This reunion bonded us even more,” said Hortman. “Clint has always been good about staying in touch and keeping the team connected.”

But soccer, it turns out, is just a part of the bond that connects the Class of 1972.

“Our class has always been very close, loyally giving to The Darlington Fund and attending reunions,” said Hortman. “I attribute that to our class agent, Steve Winkler, who has always kept great communication going for our class.”

Their bond has now translated into an even more tangible connection to Darlington, the creation of Lakeside Scholars, an endowment in celebration of their upcoming 50th reunion in 2022.

“When we had our 45th reunion, we decided to do something meaningful as a class,” said Hortman. “My classmates, Crawford Brock and Gray Tuttle, have taken on the leadership role and are spearheading an effort to create this class scholarship.”

Eleven members of the Class of 1972 are currently serving on the Lakeside Scholars Endowment Committee, and they have already raised over $400,000.

“This close-knit group of Thornwood and Darlington graduates always leads the way with volunteer service to the school as well as their philanthropic giving, truly exemplifying Darlington’s mission,” said Julie (Wilson) Lucas (’97), chief advancement officer. “The Lakeside Scholars endowment program will be able to make a difference right away by providing financial assistance to more students wanting to come to Darlington.”

The Hortman legacy continues at Darlington with Bob’s grandsons being the third generation to attend the school. West is a rising first-grader, and Wills will start pre-K this fall.

“It’s so much fun having my grandchildren in school,” said Bob. “I’m able to kick back and just watch them grow. I can already see at an early age that they’re beginning to spread their wings and blossom at Darlington.” 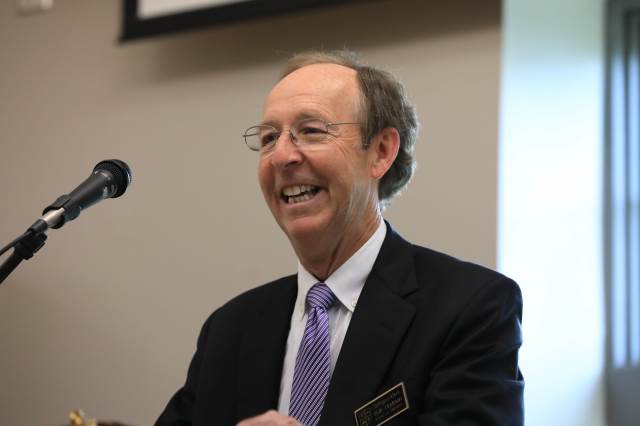 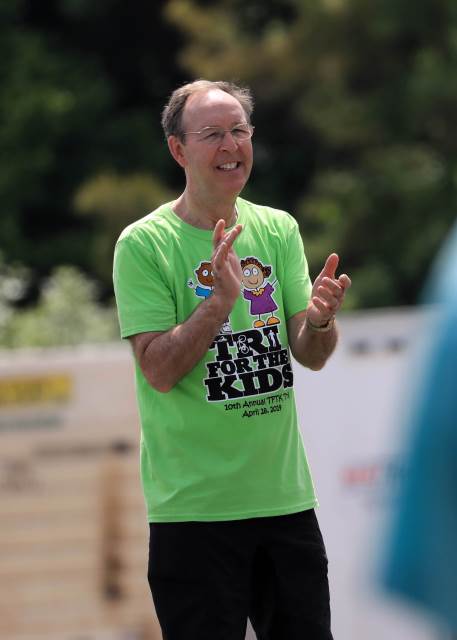