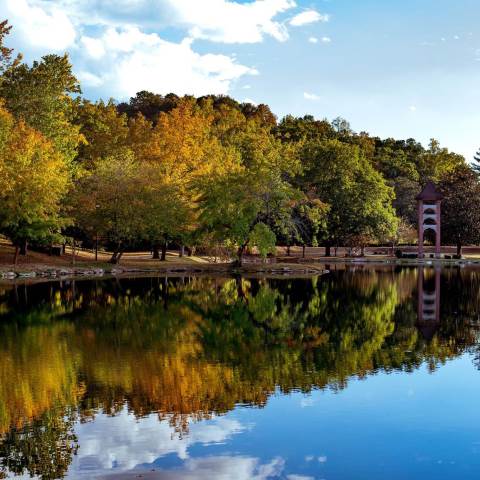 Darlington is pleased to welcome the following new faculty and staff members for the 2018-19 school year. All will begin Aug. 1, 2018, unless otherwise noted.

Taylor Boyle will teach math at the Upper School. She holds a B.S. in Electrical Engineering from the University of Alabama, where she was outreach lead for the Lunabotics Team, a competitive robotics team that attended NASA's Robotic Mining Competition. After college, Boyle was a protection and control field services test engineer for Alabama Power Co. She also volunteered for Alabama Power's iCan Girls in Engineering Camp and served as a member of the company's Safety Culture Defensive Driving Committee.

Carolyn (Seigler) Brearley ('99) will be director of financial aid and director of the Georgia GOAL Scholarship Program. She holds a B.A. in Business Administration from Presbyterian College. She has 11 years of experience in finance, serving most recently as financial administrator for Rome First Methodist Church. Previously, she was branch manager and assistant vice president at River City Bank.

Karen Calvert will be head of Thornwood House. She holds an A.A. from Spartanburg Community College and has spent the last 18 years working for Wells Fargo. She currently serves as vice president and implementation consultant, working with project managers to establish implementation strategy, methods, and plans for strategic initiatives that impact multiple systems, workflows, or products. Calvert has also served as a Girl Scout leader, volunteered with her church youth group, and chaperoned mission trips.

Will Camp will return to Darlington to be the Upper School band director. He holds a B.M. in Saxophone Performance from the University of West Georgia and an M.M. in Orchestral Conductiong from Georgia State University. Camp most recently served as director of bands at Cape Fear Academy. He has also taught privately and played and conducted professionally with the Alabama Symphony Pops, the West Georgia Jazz Ensemble, the West Georgia Saxophone Ensemble and more. He is married to Annie Camp, orchestra director for grades 3-12.

Matt Enderle will teach math at the Upper School. He holds a B.A. in Mathematics from Texas A&M University, an M.A. in Spanish Translation and Interpreting from the University of Texas, and Georgia Educator Certificates in Mathematics (Grades 6-12) and Spanish (Grades P-12). Most recently, Enderle taught math at Rome High School but has also taught at Alliance Academy International in Quito, Ecuador, and the Liberal Arts and Science Academy in Austin, Texas.

Kay Lowe will return to Darlington to teach Spanish at the Upper School. She holds a B.A. in English from the University of Tennessee, an M.A. in Spanish from West Georgia College, and an Ed.S. in Spanish and English from Jacksonville State University. Lowe has more than 30 years of teaching experience, has served as department chairperson, and been named STAR Teacher and Teacher of the Year. She taught Spanish at Darlington from 2005 to 2011 and has served as a long-term substitute teacher.

Strom Mull ('06, LD '12) will be an assistant director of boarding admission. She holds a B.S. in Family and Consumer Sciences from The University of Mississippi. Most recently, Mull managed the Man & Woman of the Year campaign for the Leukemia and Lymphoma Society in Atlanta, raising over $1.36 million in 2017. Previously, she was marketing and development manager for the Cobb Chamber of Commerce.

Robbie Murdock will teach Spanish in the middle grades. He holds a B.S. in Natural and Cultural Resources Management from Georgia Southern University, where he minored in Spanish. Most recently, Murdock taught Spanish at Armuchee High School, where he also coached football, soccer and middle school wrestling. He has also taught at Rockmart High School and Armuchee Middle School.

Jennifer Rundles will be associate dean of student life and teach science at the Upper School. She holds a B.S. in Chemistry from Tougaloo College and an M.A.T. in Secondary Education from the University of Phoenix. Rundles has spent 15 years at St. Mary's School in Raleigh, N.C., where she currently serves as associate dean of students and science teacher. There, she also held the positions of interim dean of students and associate dean of teaching and learning. Rundles is a member of the EdLeader21 Advisory Board, TABS Annual Conference Committee and has served on SAIS Accreditation Teams. She has aslo presented at the National Coalition for Girls School annual Conference and is an SAIS and TABS New Teacher Training faculty member.