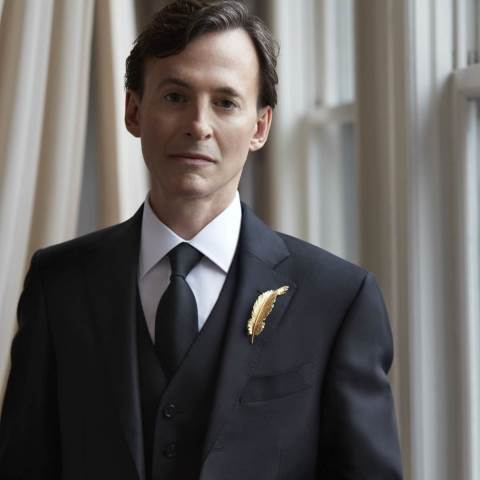 
He’s performed in some of the world’s most renowned concert halls and his series of critically-acclaimed albums and lifelong commitment to the arts has enhanced Mississippi’s international reputation as a cultural center. Darlington alumnus and Mississippi delta native Bruce Levingston (‘79) is a classical pianist and one of the country’s leading figures in contemporary classical music.

In recognition of Levingston’s artistic contributions to the culture and people of Mississippi, Gov. Phil Bryant has proclaimed April 9, 2018, as “Bruce Levingston Day” in the state.

“Bruce Levingston has been our greatest ambassador for the arts in Mississippi,” Bryant said. “He has reached the pinnacle of the classical music world and has represented the best of Mississippi all over the globe. I am honored to recognize Bruce’s many achievements with this deserving proclamation.”

Levingston, the Chancellor’s Artist-in-Residence of the Sally McDonnell Barksdale Honors College at the University of Mississippi and the inaugural holder of the university’s Lester Glenn Fant Chair, will observe the day with a performance at Carnegie Hall in New York City.

This April 9 concert will feature Levingston performing the world premiere of new works of music he commissioned in honor of the opening of the Mississippi Civil Rights Museum and the Mississippi Museum of History and in celebration of the state’s bicentennial.

When Darlington's Board of Trustees learned of this honor, a member of the Board offered to send some Upper School students to the concert in New York. Kim Tunnell, director of fine arts, worked with the fine arts faculty to create a contest which would determine who would attend the concert from among Upper School students involved in band, orchestra, choir, and AP music theory classes. 22 students responded to the survey and three students were chosen by the fine arts faculty.

On Monday, April 9, Stacy Chen (‘18), Ieva Taraskeviciute (‘19), and Olivia Harper (‘19) will fly to New York with Tunnell. They will be joined by Joe Montgomery, assistant head of school for strategic initiatives, where they will attend Levingston’s concert and enjoy dinner afterwards.

“This is a wonderful opportunity for our students,” said Tunnell. “All three of the students who are attending will be able to meaningfully connect well with this experience and we are so grateful for the generosity which enabled them to attend.”

Levingston’s concert in Carnegie Hall will be a solo concert which seeks to reflect upon questions of citizenship, freedom, and national identity. The program features world premieres by David T. Little and Price Walden, commissioned in honor of the opening of the Mississippi Museum of Civil Rights/Museum of Mississippi History, and in celebration of the state bicentennial. Additional works include Lèos Janacek’s Piano Sonata 1.X.1905: “From the Street”, depicting the death of an unarmed worker who plead for a Czech university; and three Chopin Mazurkas, representing the composer's deep patriotism for his native Poland.

Levingston has appeared in concerts and music festivals throughout the world, and his performances have been broadcast internationally on radio, internet and television. Noted for his creative programming, he has worked with some of the most gifted artists of our time, including painter Chuck Close, composer Philip Glass, authors George Plimpton and Michael Cunningham, actor Ethan Hawke, dancers Alessandra Ferri and Herman Cornejo, Colin and Eric Jacobsen and the Brooklyn Rider, and choreographers Jorma Elo, Russell Maliphant and Alexei Ratmansky. Levingston is the founder and artistic director of the music foundation, Premiere Commission, Inc., which has commissioned and premiered over fifty new works.

Levingston has collaborated with numerous prominent cultural institutions on programs related to art and music including Museum of Modern Art, New York; Whitney Museum of Art; Alliance Française/French Institute; The Aspen Institute and Aspen Music Festival; San Francisco Museum of Modern Art and Fine Arts Museums of San Francisco. In 2015, Levingston’s new biography about the painter Marie Hull, “Bright Fields: The Mastery of Marie Hull,” was published on the 125th Anniversary of the famed Mississippi artist’s birth. Levingston also curated two major exhibitions of Hull’s work at the Mississippi Museum of Art and the Ogden Museum of Southern Art in New Orleans in conjunction with the publication of the book.

Long interested in human rights and education, Levingston gave a special premiere performance for the opening of Mississippi Civil Rights Museum and collaborated on the commission and world premiere of the oratorio, Repast, which was based on the life of the civil rights figure Booker Wright. Levingston regularly performs and conducts master classes in public schools to promote the arts and bring live music to young audiences. He was awarded the Mississippi Governor’s Award for Excellence in the Arts.

Levingston is the Chancellor’s Honors College Artist in Residence and Holder of the L. G. Fant Chair at the University of Mississippi. He resides in Oxford, MS and New York City.