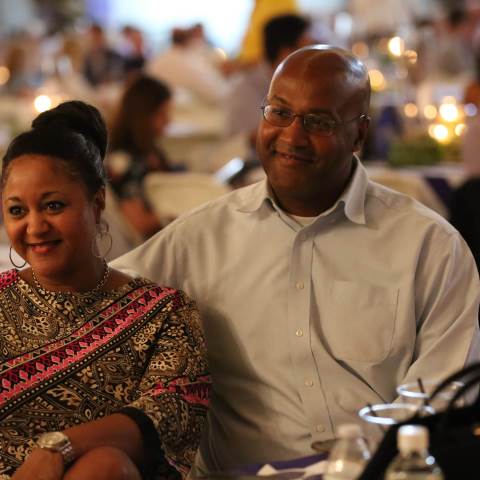 Darlington School: The Bash Before the Bell grosses $197,000+


Toni and Marc Hannah enjoy visiting with fellow Darlington parents during the Bash Before the Bell.

"We named it the Bash Before the Bell because this event is an opportunity for us all to come together before school starts in a relaxed and festive atmosphere," said Lauren Ledbetter, event co-chair. "When we decided to bring the event indoors, Jennifer Merritt and her team really transformed the Johnson Field House into a beautiful venue.  I never thought you could do something like that with a gymnasium, and we were thrilled with the result!"

Net proceeds, totaling over $150,000, will be split between the parent organizations, which include Pre-K to 8 Tiger Pride, Upper School Tiger Pride, the Athletic Booster Club and the Fine Arts Booster Club.

The gymnasium was transformed into an elegant space, adorned with a combination of chandeliers, vintage street lamps, café lights and twinkle lights. Upon their arrival, guests were greeted with cool air and prosecco.

As usual, the reverse raffle was a highlight of the evening with the grand prize of tuition reimbursement up to $18,000 going to current parents Megan (Gates '97) and J.T. Watters ('97). The second-place prize of $2,000 cash went to current parents Lowery and Charlie May.

Throughout the night, attendees had the opportunity to bid on a variety of silent and live auction items, which included several one-of-a-kind Darlington experiences among other things. Master of Ceremonies Bob Berry ('68) and Auctioneer Lou Dempsey ('87, LD '17) kept things lively.

"We had a fun group this year, which made the live auction fun to witness," said Ledbetter. "We had a record number of resident parents in attendance, and I think everyone had a good time!"

New additions to the event this year were the live band, Lilac Wine, and the Raise the Paddle campaign to support the renovation of The Growl, the Upper School student lounge.

"Tara Inman and I sponsored an iPeriod last year in which our students used the design-thinking process to create a vision for The Growl," said Andrea Bell. "They interviewed their peers and faculty to get feedback regarding the needs and what was most important. They really dreamed big, and I am so proud of them."

Bash Before the Bell attendees donated more than $25,000 to fund phase one and part of phase two of this special project during the Raise the Paddle portion of the evening.

"Juniors Aaryn Ijames and Lawson Blake represented our iPeriod well as they shared with the Darlington Community the plans for this important student space," said Bell. "Not everybody will bid at an auction, but the majority of parents really want to contribute in a meaningful way. Raise the Paddle allowed them to give directly to a project that would impact their children, and our students were thrilled by the overwhelming support!"

"I was so nervous to present but after standing on that stage and seeing so many paddles go up in the air, I couldn't help but be excited by what we had accomplished," said Ijames.

Ledbetter said she is grateful to all involved with making The Bash Before the Bell such a success.

"Needless to say, I couldn't have done this without my partners, Jennifer Merritt and Kimberly (Murphy) Moseley ('87)," she said. "They were fun to work with, and we all had one goal in mind: a successful event to benefit our children. What can we say? We love Darlington!

"Additionally, we owe a debt of gratitude to the multitude of volunteers and staff here on campus," Ledbetter continued. "From security, to facilities, to FLIK, they really all came together with smiles on their faces, and we could never thank them enough!"

Click here to view the photo gallery from the event. 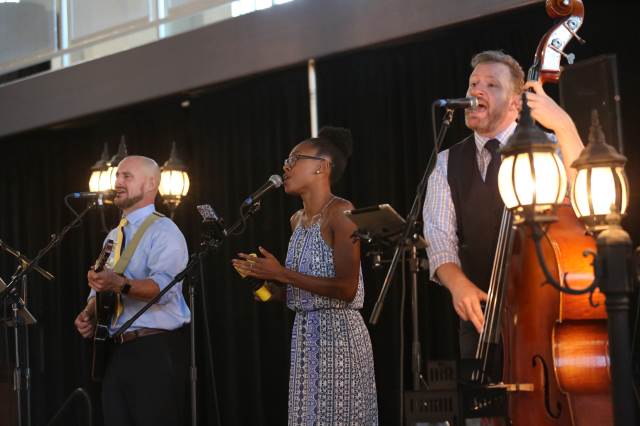 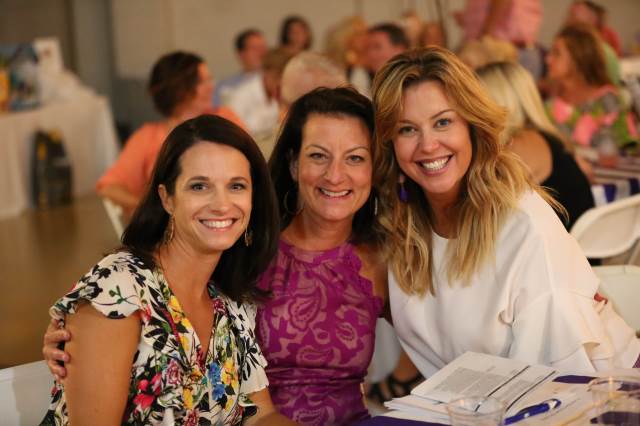 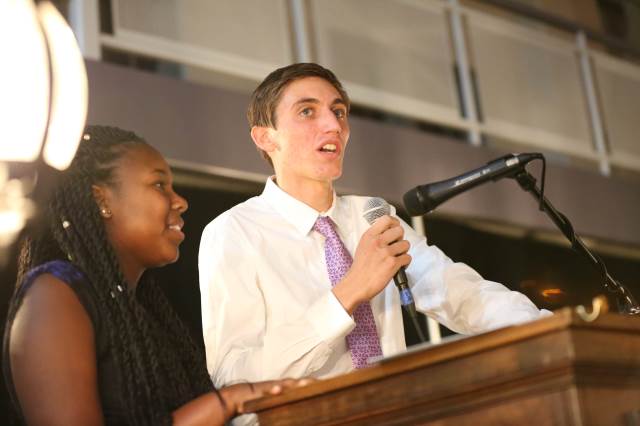 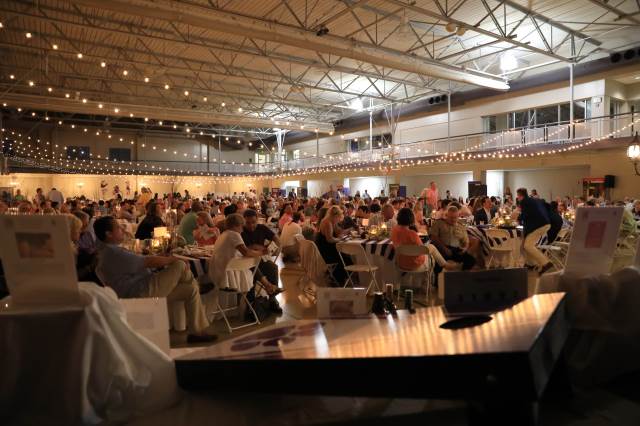