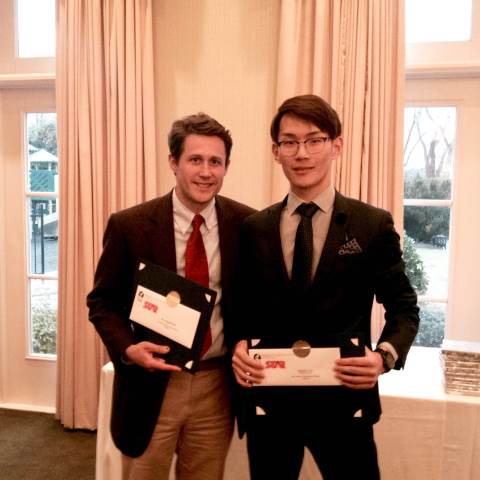 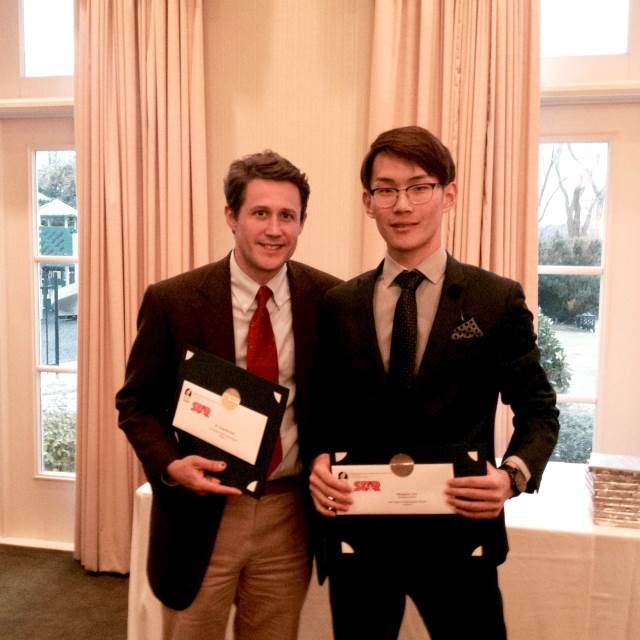 The announcement was made on Tuesday, March 14, at the Region STAR Banquet hosted by the Seven Hills Rotary Club at the Coosa Country Club in Rome, Ga. Liu selected Gregg Marshall, an English teacher at Darlington School, as his STAR teacher.

is an AP Scholar and has taken nine AP and Honors courses. He currently serves as academic in Moser House and has formed a program in math and science for all residential students. He is a member of Mu Alpha Theta and serves as captain of the varsity math team. Liu also plays violin in the Orchestra and is the son of Jane Gao and Frank Liu of Beijing, China.

“I selected Mr. Marshal as my STAR Teacher because of his motivation and passion,” said Liu. “As a non-native speaker, his passion in literature really inspired me to find out the source of his passion and read more. When we discussed the reading in class, he always encourages us to think more and beyond what's written. I am grateful for the passion he demonstrated in , which inspired me to build my passion in reading and in other subjects.”

Gregg Marshall has taught English at Darlington since 2010. He was an assistant tennis coach for two years before being named head varsity boys’ and girls’ tennis coach in 2012. Marshall holds a B.A. from Presbyterian College and an M.A. from Middlebury College. Prior to his time at Darlington, he taught and coached tennis at the Blue Ridge School in Charlottesville, Va.

Locally, the STAR Students and their selected STAR Teachers are honored by their schools and recognized by the Chamber, which serves as the local sponsor of the STAR program. Students then compete for local school system titles, and those winners move on to compete for regional honors.

Liu and Marshall, along with other regional winners, will compete for the honor of being named State PAGE STAR Student at a banquet hosted by the PAGE Foundation in Atlanta on April 24.

The PAGE Student Teacher Achievement Recognition (STAR) program, now in its 59th year, is sponsored, administered and promoted by the Professional Association of Georgia Educators (PAGE). Since its creation by the Georgia Chamber of Commerce in 1958, the STAR program has honored nearly 26,000 students and the teachers selected as the most influential to their academic achievement. To obtain the 2017 STAR nomination, high school seniors must have the highest score on a single test date on the SAT and be in the top 10 percent or top 10 students of their class based on grade point average.