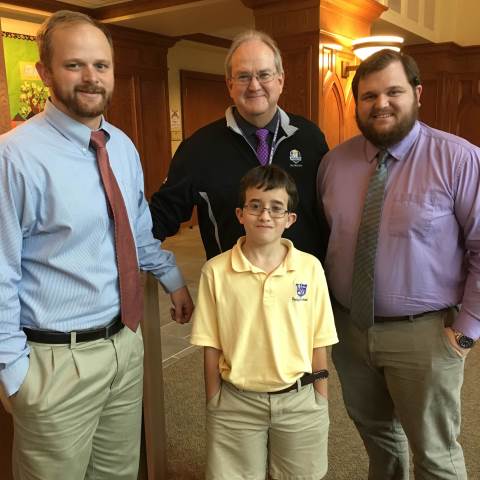 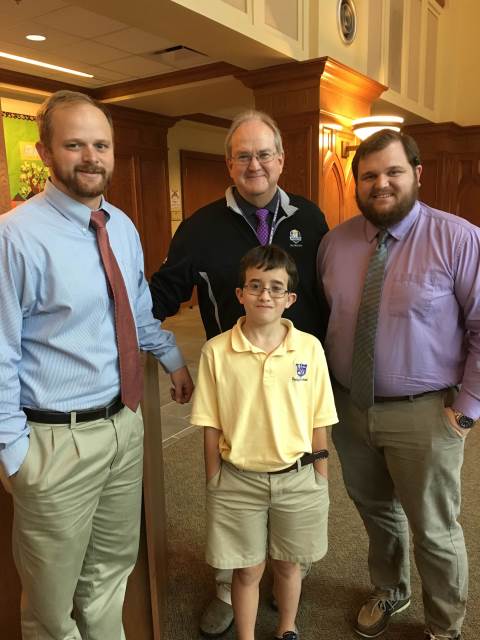 Fifth-grader Ethan von Bergen has qualified to represent Darlington School in the state round of the National Geographic Bee by winning Darlington’s Geo Bee on Jan. 18 in Thatcher Hall.

The initial leg of the competition consisted of seven rounds of 35 questions per round. Once those scores were tallied by judges Patrick Collier and Thad Mathis, the top ten contestants continued to the next round. Elimination continued until there were only two students are left and then a final round was held to determine the winner.

“As a History and Geography geek I had the privilege of being the emcee for the fourth through eighth grade Geo Bee,” said Steve McConnell, third grade teacher. “I always stand amazed by the confidence which our students show in their knowledge of not only the United States, but of the world at large. It makes my geography geekiness stand and salute when our younger fourth- and fifth-graders beat out the more experienced sixth-, seventh-, and eighth-graders. I am a big fan of exposing our students to experiences that open their minds to the world in which they live and the Geo Bee is one of the best ways we do this!”

Von Bergen will now take an online qualifying test which will determine if he continues to the state bee which will be held on Friday, March 31, at Georgia College & State University in Milledgeville. The winner from each state and territory will advance to the national competition, which will be held May 15-17 at the National Geographic Society headquarters in Washington, D.C. 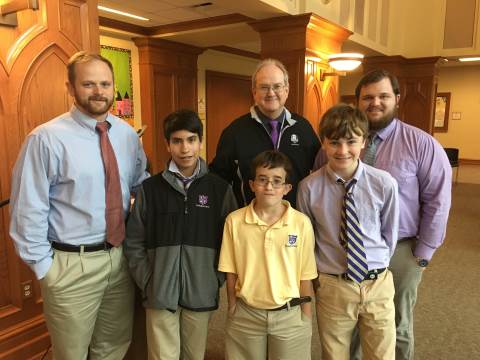