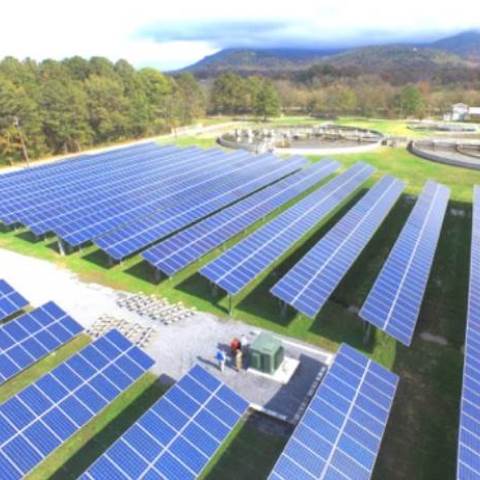 Darlington School: Solar farm to be constructed on Darlington campus

Solar farm to be constructed on Darlington campus


The setup of the new solar array at Darlington will look similar to this project.

Following a nearly 12-month journey through an industry conference, various filed applications, commission and planning meetings, and site visits, ground will break on a new five-acre solar farm on the Darlington School campus in early July. The project, developed by Atlanta-based Inman Solar, will provide power to the local grid by way of a 900-kilowatt solar array consisting of 2,813 modules on tilted panels.

The permanent structure will be housed in a field off of Cave Spring Road adjacent to Hopewell Street. The land sits in a flood plain and is not suitable for a traditional school building.

ELA-8 science teacher Randy Smith began to research the alternative energy source after winning a Wood Faculty Professional Development Endowment Award last year to help develop an ELA-12 horticulture program with Upper School science teacher Mike Hudson (’94). Their new undertaking encouraged Smith to think about other ways to power the school’s greenhouse and make it more energy efficient after it was renovated. As a result, he became immersed in looking at power bills and energy usage on campus.

“I was wanting to think outside the box about ways we could incorporate some different facets into the horticulture project,” said Smith. “I’ve been interested in solar energy since I was in elementary school making my own solar panel projects in class.”

In a week’s time, Smith discovered and quickly registered for an energy conference in Atlanta sponsored by ASHRAE, the American Society of Heating, Refrigerating and Air-Conditioning Engineers. There, he met with different companies well versed in implementing solar projects for third-party organizations.

Upon digging in, becoming more interested and doing further research, Smith connected with Inman Solar. Thanks to Georgia Power’s Advanced Solar Initiative, Smith’s original idea was able to grow beyond the confines of the greenhouse to capture solar on an even larger scale.

Through Power Purchase Agreement (PPA) projects chosen on a lottery basis, Georgia Power offers different developers the opportunity to bring solar arrays to the market through a utility-scale request for proposal. At this time, it is not yet an open market and Georgia Power allows certain amounts of solar ventures at any given moment.

This afforded Darlington the opportunity to lease land back to the developer, while also getting to use a portion of the energy as a stop on the grid in South Rome. Inman Solar’s excess of more than 100 different successful projects, encompassing work for airport authorities, government and military entities, spans 11 states and includes a similar initiative at Agnes Scott College in Decatur, Ga.

Once additional investigation and initial site visits were completed, the idea to bring a solar farm to Darlington gained even more momentum.

Smith presented his proposal to school administration, pointing out the different educational opportunities for students present in the initiative. It was also lauded for how well it connected to life skills that are taught to Darlington students.

"The solar farm is a model of the changing world that our students will lead into the future,” said Brent Bell, head of school. “Thinking creatively and working collaboratively to solve problems are aspects of the Darlington experience that will never change. Specifically, an exposure and understanding of the finite resources of our planet serves students well."

After this first phase of approval, it was then turned over to the Board of Trustees for a vote. Again, the project passed as it was met with praise, but had to move outside the gates of the school to other spheres of influence and government to continue along the process for hopeful implementation.

Once a negotiated agreement was reached between Darlington and Inman Solar, the proposal went through the Rome-Floyd County Planning Commission and the Rome City Commission, through which it passed unanimously. A special use zoning permit was acquired, giving the new solar array the green light.

“Speaking specifically for our sixth-grade Earth Science curriculum, this will enable us to have an alternative energy resource that we can monitor on a daily basis, asking and answering different questions,” said Smith.

Students and faculty will be able to access the project’s internet production monitor as a living laboratory to learn more about renewable energy, and get an in-depth look at how solar works.

Inman Solar has signed a 25-year lease on the parcel, with the option to renew for two five-year increments. The array will be valued at over $900,000 and will be erected at no cost to the school. Inman Solar will sell the energy that is collected back to the Georgia Power network, while paying Darlington for use of the land. Construction will start on July 5 and take approximately six weeks to complete before energy can be fed into the grid.

The 900-kilowatt array—a 900,000-watt installation—will produce over 2 million kilowatt hours per year. The amount of electricity generated is going to lead to a local reduction of approximately 930 tons of carbon dioxide annually, which is equivalent of removing 160 cars off of the road, conserving 756,000 gallons of water, or saving over 250 trees. It will also have the ability to power up to 200 residential properties in the area for an entire year. There are also options to expand the array in the future.

“We’ve constantly looked at alternative energy sources for the school and ways to be greener in our own community,” said Beth Pollard, Darlington’s chief financial officer. “Being able to lease land that provides this kind of energy source creates a curriculum opportunity and an auxiliary income component that helps carry out the mission of the school. It gets our feet wet in the solar power arena.”

The school is no stranger to the green movement. One of Darlington’s most notable existing environmental stewardship initiatives was the construction of the LEED Gold certified Thatcher Hall, which houses grades 3-8.

“What we originally envisioned became much larger—something that would produce perpetual revenue for up to 35 years, far greater than any kind of savings we could get providing solar energy to the greenhouse,” said Smith. “There are very few schools that have this opportunity. It leads us into a new dimension of third-party opportunities to benefit the school for her future.”

"Randy’s engagement and enthusiasm around the idea of alternative sources of energy exemplifies what we want to see in our students and faculty,” added Bell. “He not only saw an opportunity, he also took the time to think, reflect, and formulate a positive outcome. I know that his leadership will continue to provide engaging educational opportunities for our students."

Another welcomed addition to this new opportunity for hands-on learning is how the initiative relates specifically to character education.

Just because the project is now off the ground, it does not mean that the sun will be setting any time soon on Randy Smith’s drive to explore more alternatives for powering Darlington’s circuits.

“I’m not finished with energy conservation yet—this is just the tip of the iceberg,” said the science teacher. 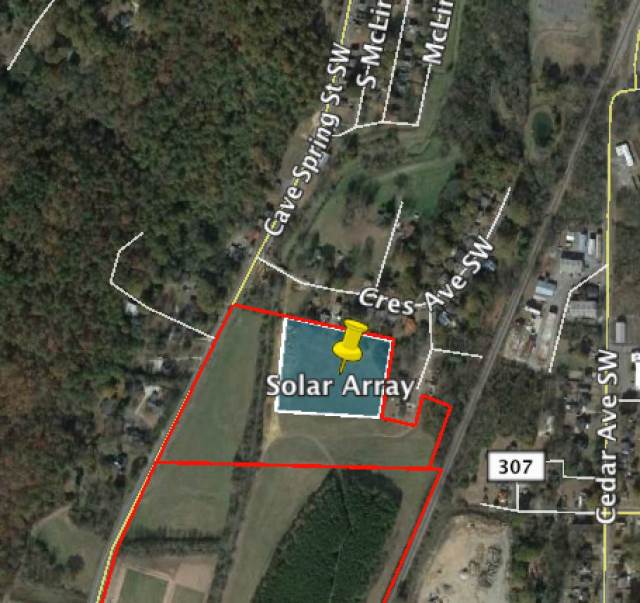