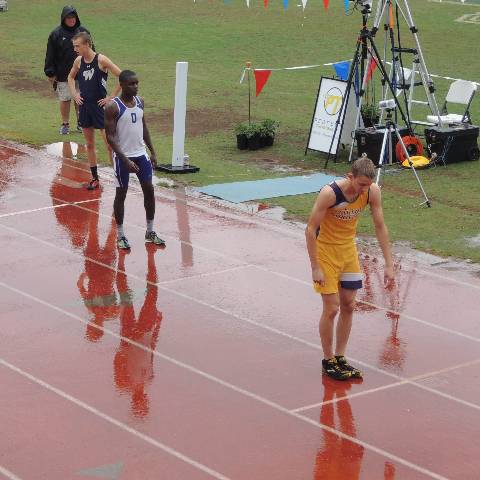 
Senior Avery Cypress, competing in a Darlington uniform for the last time, went out with a bang, medaling in three events at the GHSA track and field championship.

In his best event, the 800 meters, Avery placed 2nd with a time of 1:57.03. Click here to watch a video. It was over two seconds faster than his PR (personal record), and the fastest time run by a Darlington athlete in the 800 since the 1990's.

Senior Reeves Brown placed 8th in the long jump with a PR of 20 feet, 6 inches. Senior Ian Winder placed 6th in the 400 meters.

Watch the 4 x 400 meter relay below as they run the second-fastest time in school history. Avery and Ian are both members of the school-record holding team from 2013 (3:25.61, along with Alex Cox '13 and Chandler Duggan).

Full results from the state meet can be seen here.