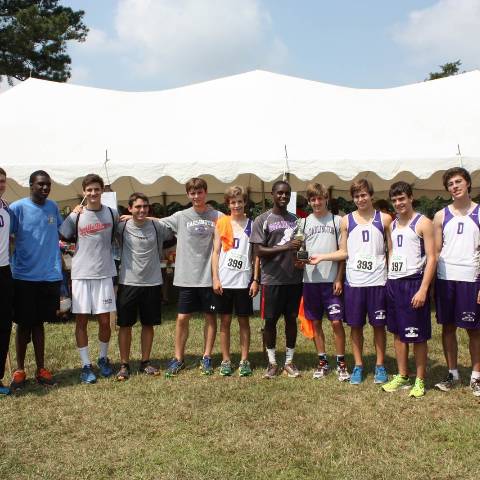 
Photo by Joel Ellis
The varsity boys' and girls' cross country teams began their season on Saturday at the Berry Invitational. This Labor Day weekend tradition is one of the longest-running and largest high school meets in the Southeast. The boys placed 3rd and the girls placed 6th, both as the top Class A school in a field full of Class AA, AAA, and AAAA schools.

The boys' 3rd place finish was their highest in over a decade at Berry, perhaps ever. The only teams finishing ahead of Darlington were North Hall (ranked #3 in the state in Class AAA) and Pickens County (#3 in AAAA). The girls' finished just ahead of two Class A rivals, First Presbyterian Day (7th) and Providence (8th).

The girls were led by sophomore Stephanie Ward (21:10, 14th) and junior Kinslee Clevenger (21:34, 20th). They both finished in the top-20 and were awarded t-shirts. Stephanie was named varsity girls' runner of the week as she finished number one on Darlington's team in her first 5K race.

The JV boys were led by senior Reeves Brown (20:24, 33rd in the Open race), also racing his first high school 5K. JV boys' runner of the week was given to Eli Alewel, who ran almost 3 full minutes faster than he did at the Berry race in 2012.

The cross country team returns to action this Saturday at Marist School in Atlanta, where they will compete against 30 of the top schools in the state. 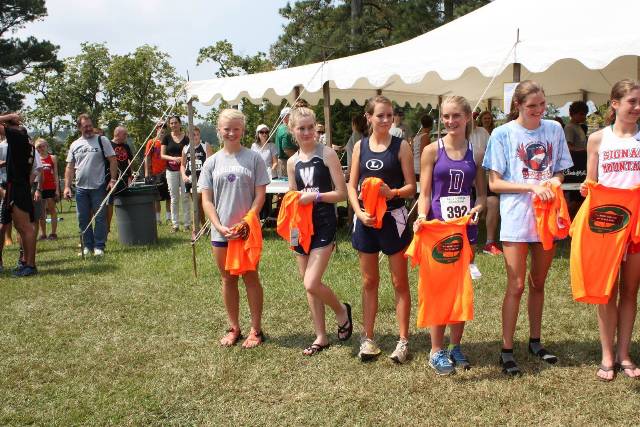