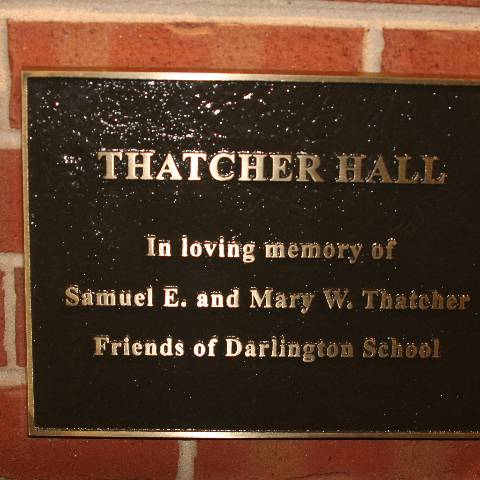 Darlington School announces that its new Middle School facility will be named Thatcher Hall in memory of Samuel E. and Mary W. Thatcher, friends of the school, thanks to a named gift from their son, John Thatcher (’44), to the Second Century Campaign. In accordance with the donor’s wishes, the amount of the gift will not be released.

“In every organization, there are those people who simply embody the values and the ideals of the institution; John Thatcher is that person for Darlington School,” said George Johnson (’54), campaign co-chairman. “He has demonstrated Wisdom more than Knowledge in important and critical decisions that were made during his past chairmanship of our Board of Trustees; he’s lived Service beyond Self in the ways that he has served his profession, his church, his school and his alma mater; and he is one of the most honorable people I know. I wish he could be here as we dedicate this amazing facility in loving memory of his parents to feel the gratitude, respect and love that we have for him.”

The announcement was made Thursday evening during a formal dinner hosted at Darlington by Lyons Heyman (’44), chairman of the Northwest Georgia-Area Campaign Cabinet, to honor all major donors to Darlington’s Middle School project. Each donor was also presented with a brick from the original Middle School building as a memento to remember the occasion.

“Lyons, along with his committee of over 25 alumni and parent volunteers, called on hundreds of people in the Northwest Georgia area and reigned in unprecedented funds for this project,” said Frank Stegall (’62), chairman of Darlington’s Board of Trustees, as he addressed the audience of alumni, parents and friends. “We express our heartfelt gratitude to each of you for the role that you played in making our dream come true by your amazing generosity and support for this Middle School building. Let this brick be a reminder to you of how far we have come.”

Thatcher Hall is a 57,000-square foot, state-of-the-art facility that features 18 classrooms, a wireless library/media center, a student commons, band and choral rooms, and a spacious assembly hall for gathering and dining purposes. In addition, the building is highly energy efficient and in harmony with the natural environment because LEED (Leadership in Energy & Environmental Design) standards were followed during the planning, design and building processes.

“It’s so exciting to celebrate the hard work and dedication that made this building a reality for Darlington,” Heyman said. “I know we are all honored to share this great achievement with our school family and our community, and I especially look forward to seeing students grow and flourish in this learning environment for many years to come.” 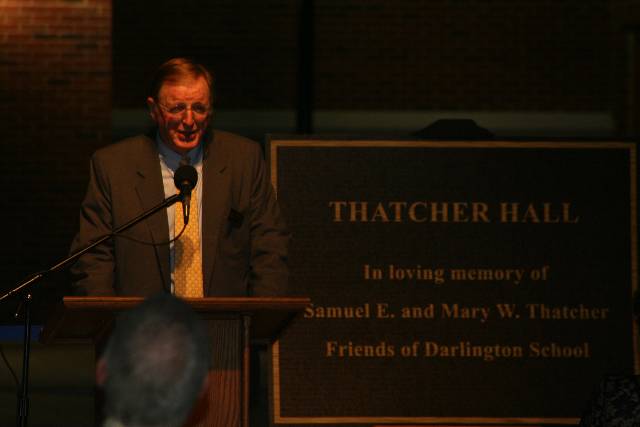 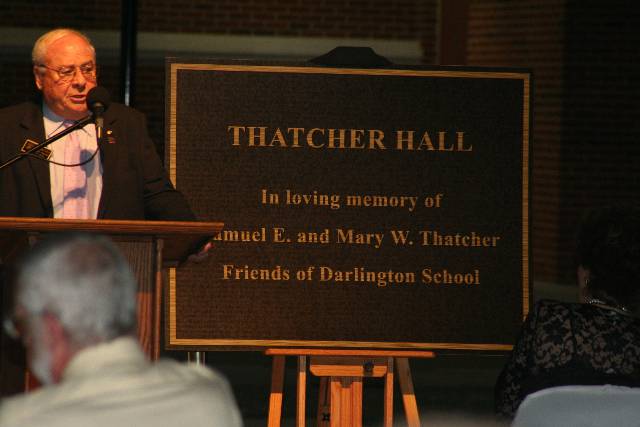