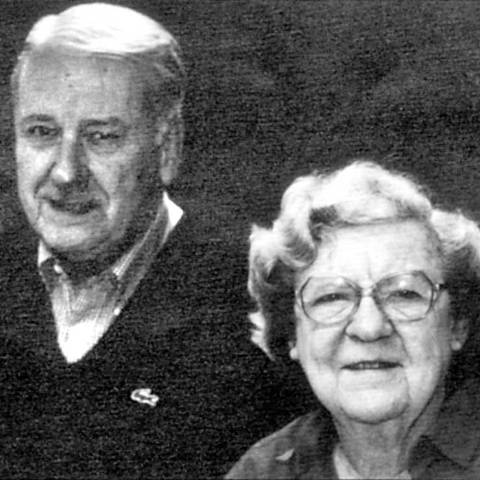 
Juliana Regester and her husband, E.V. "Doc" Regester.
The Darlington family lost two of its members on Nov. 2. Joe Campbell, former mater of dormitories, dean of students, math teacher, and head football coach, succumbed to lymphoma, after a six and a half year battle with the disease. Juliana Regester, former School postmistress and wife of Eldrige V. “Doc” Regester, former associate headmaster and head of the English department, died at the age of 85 after a short illness.

Campbell, known to many Darlington students as “Daddy Joe,” came to Darlington in 1966, and began his career here as a math teacher and head football coach. He was also master of dormitories and was later named associate headmaster. Campbell left Darlington in 1991 to accept a position as the director of community service at Brentwood Academy, Nashville, Tenn. He was involved in the Light the Night program for leukemia/lymphoma, Special Olympics, and the Big Brother program, and he was a member of Woodmont Baptist Church in Nashville.

Former students and co-workers have fond memories of Campbell.

“He was our keeper, Dad away from home, and a very patient math teacher for thick-headed students like me,” said Donna Massey Reynolds ’82. “He was a wonderful man. We picked on him and complained about his tough love, but we all loved and respected him.”

"Joe Campbell was one of Darlington's most dedicated teachers," said Upper School Humanities instructor George Awsumb, who worked with Campbell. "Whatever he did, whether coaching or teaching or administrative, he did it with untiring zeal and Christian faith. These are qualities that every Darlington teacher should aspire to."

"Joe was a fine Christian man who was respected in his community, church, and Darlington School," said Headmaster David Rhodes. "He always looked for the best in each student and faculty member, especially the students. He also had a great sense of humor and he loved to laugh. Joe always looked at the positive side of situations, including his illness."

“Not only did Joe reach out to whomever God brought in his path but Joe also altered his path to search out others to befriend and encourage,” said Mark McFerran, Director of External Affairs at Brentwood Academy.

Campbell is survived by his wife, Carolyn K. Campbell, his son Andy Campbell ’82, and his daughter, Susan Cochran ’80. Memorial contributions may be made to Woodmont Baptist Church, Brentwood Academy, or the Joe Campbell Scholarship Fund through the Brentwood Kiwanis Club.

Regester began her 27-year career at Darlington in 1958 as Doc’s secretary in the Alumni Office, later becoming grounds supervisor, before settling into her position as postmistress. She was also in sales for Commercial Printing, an active member of Three Rivers Garden Club, the Business and Professional Women, and St. Peter’s Episcopal Church. Regester and her husband moved to Virginia after her retirement but they resided in the Gibbons House for 22 years during their time in Rome.

Reynolds holds Regester as one of the great memories of Darlington. She said, “How could you not love the lady who gave you your mail and kept your secrets. I know our Doc will be lost without his true love.”

"Mr. and Mrs. Regester were living in the late Neville house when I came as a fledgling English teacher in 1962," said Awsumb. "Juliana had a wonderful and quick sense of humor and enjoyed hosting the younger faculty in her home."

"She was a great supporter of Darlington and her husband's work," said Rhodes. "She was very friendly and liked by all the students and faculty."

Regester is survived by her husband of 64 years, Doc Regester, and two daughters, Scotty Ebbeson T’66, and Julie Franklin. Memorial contributions may be made to Darlington School or Hospice of Northern Virginia, 209 Gibson Street, NW, Suite 202, Leesburg, VA 20176. 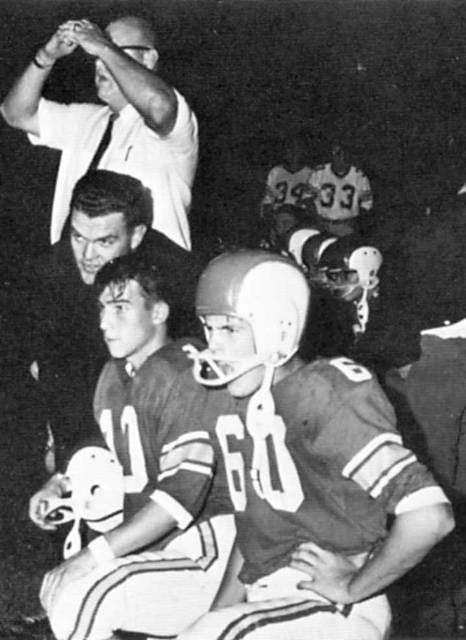