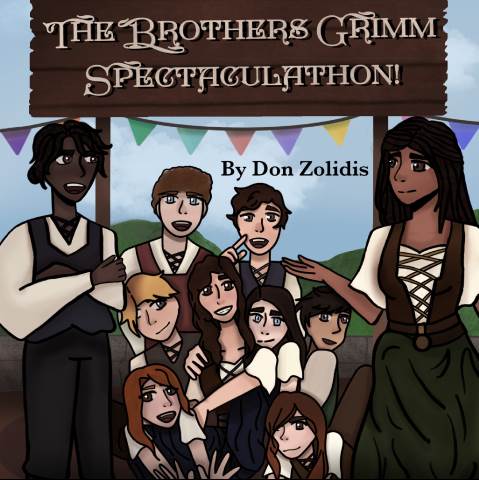 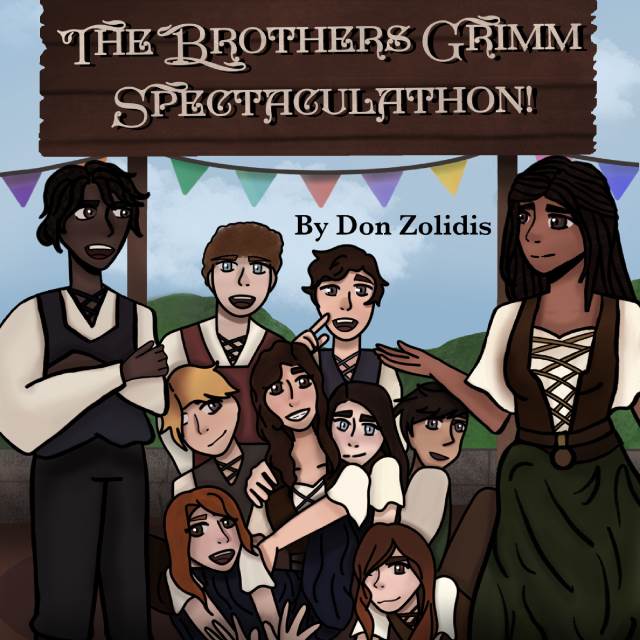 Darlington’s fine arts department and Darlington Players will present "The Brothers Grimm Spectaculathon '' March 26-28 in the Audrey M. Brock Amphitheater, also known as “The Cove” on the Upper School campus. This al  fresco dinner theater production will begin with heavy hors d'oeuvres and dessert served just prior to the show. On Friday, March 26 and Saturday, March 27 the food will be served at 5:30 p.m. followed by the show at 6 p.m. On Sunday, March 28 the food will be served at 4 p.m. and the show begins at 4:30 p.m.

"The Brothers Grimm Spectaculathon" was written by Don Zolidis and is produced by special arrangement with Playscripts, Inc. The fairy tales of the Brothers Grimm are turned on their heads in this fast-paced, rollicking ride as two narrators and eight actors attempt to combine parts of all 209 original stories ranging from classics like “Snow White”, “Cinderella”, and “Hansel and Gretel” to more bizarre, obscure stories like “Faithful Johannes” and “The Girl Without Hands”. This is a wild, free-form comedy with madcap fun.

“This play is an absolute buffet of characters, dialects and physical interpretations,” said Shelley Daniel, theater director. “The actors sit in a line and take turns jumping into each scene, constantly transforming into whatever storyline the narrators throw at them. They pantomime props and even interact with the audience a bit. It’s certainly scripted and memorized but feels very much like improv and their characterizations are just hysterical. We are most familiar with the Grimm fairy tales from Disney adaptations, but the original stories are often bizarre! This play is designed to make us laugh and I think that’s something everyone needs to do right now.”

Originally written as a stay-at-home play to be performed on a platform like Zoom, the playwright has given permission to the Darlington Players to adapt the script and attempt to present the play as a live performance.

“We originally began blocking with the intention of using a green screen and producing it digitally as we did in the fall,” said Daniel. “The cast was so happy to be practicing together again, and having learned so much more about how to work safely,  we began to imagine how and if  we might perform together on stage. I began looking around campus for options and we started practicing outside. It naturally evolved into this outdoor ‘dinner theater’ type of production.”

With this outdoor performance, the Darlington Players add to the wide variety of performance experiences they have navigated due to COVID-19 considerations.

“This entire year has been a grand experiment for our actors and for me as well,” said Daniel. “This fall we went entirely digital performing two shows on a  green screen, we created a radio-style performance at Christmas which was entirely audio, and now we are producing an outdoor dinner theater experience. We’ve run the gamut of what we could possibly do and by performing in a beloved Darlington space we’re adding a really extraordinary new memory, especially for our seniors.”

"The Brothers Grimm Spectaculathon'' is not intended for younger audiences and is rated PG-13. Tickets include heavy hors d'oeuvres  and dessert and advance ticket purchase is required. There will be a variety of seating options based on party size and COVID-19 protocols will be outlined during  the ticketing process.  The audience will be asked to provide the names of those in their party during the reservation process.

A special afternoon show for Upper School students will be held on Monday, March 29. Details for class sign up will be available on the Announcements page.