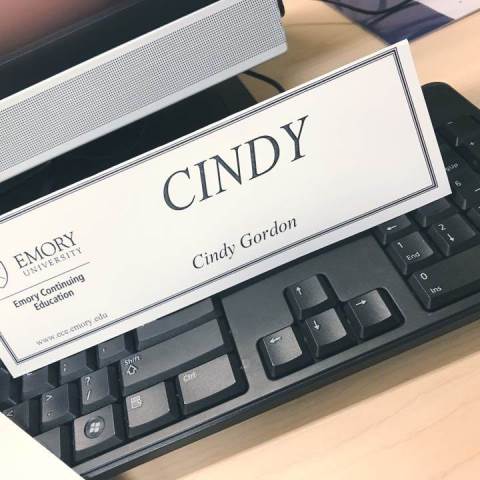 When I learned that the Thatcher Faculty Development Fund had been opened up to non-teaching faculty, I knew it was an opportunity to do something I’ve always wanted to do and learn something new. The chance to take a class on Adobe InDesign at Emory University was something that has appealed to me for some time and would broaden the scope of my design abilities.

I have to admit there was some nervousness involved because I haven’t been a student in over 20 years.

I walked into that classroom at Emory not knowing what to expect. I thought I would be in a room with people at least 20 years younger than me and possibly a whole lot smarter. What I found instead was a room of 20 women, some younger, some older, some that had experience with the program and some that had never even looked at it. There was the 20-year-old from a law firm, the 30-something organic baker, the 40ish real estate assistant, the 60+-year-old artist and then there was me (who had just hit the big 5-0).

The teacher, a very patient man, asked us to rate our experience with the software on a scale of 1-10. The highest was 5, the lowest (laughingly) was -2, I fell in the middle somewhere, having actually played around with the program.

For two days, we sat at our desks, being guided by the instructor on what to do. He showed us what tool to use for what purpose and how to manipulate design elements. I have to admit, it was a lot of information in a very short amount of time. But, what I found as the class went on was that I wasn’t too old to learn something new. I even found myself, occasionally, helping a neighbor with something they couldn’t get to work just right. And, I discovered that these women were all just like me. Regardless of our age or what industry we worked in, we were very similar in our quest to learn something new and to better ourselves.

During those two days, I discovered something about myself.

I have been an administrative assistant for most of my career. I began learning those skills in high school. At Model High, you took typing from Mrs. Ann Day and she is still one of my favorites. I learned how to type on a real typewriter with a piece of paper taped over your hands so you could learn where the keys were without looking. College brought more skills that I could add to my pocket and through my career path I have gained more and more knowledge.

The bottom line is that, whatever path I’ve chosen in my life and no matter my age, I know that it’s never too late to start learning. After completing Level 1 InDesign at Emory and passing the subsequent testing, I have now decided to pursue a certification in InDesign by taking additional courses later this year. I would like to thank John Thatcher and the Samuel E. and Mary W. Thatcher Foundation without whom this renewed love of learning would not have been possible. 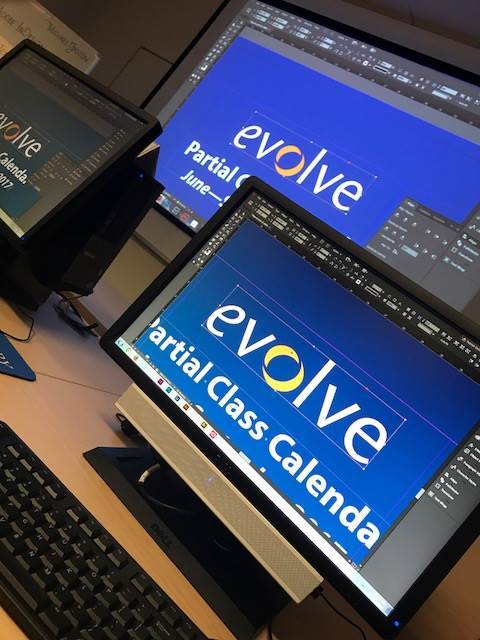