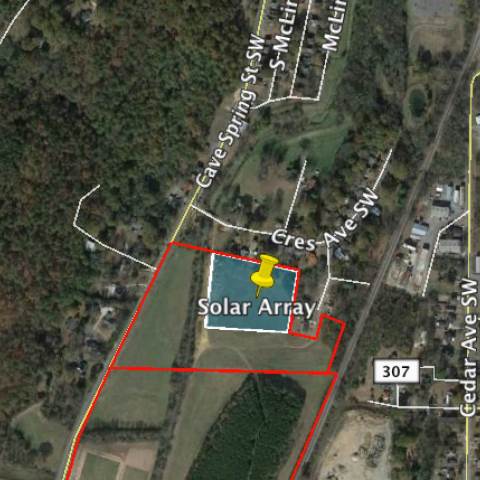 Ahh—seventh grade! It was the last two weeks of school. I was looking forward to endless days of walking through the forest near Murphy Candler Park, going to the pool to catch up with friends, and wading/walking the length of Nancy Creek. And just as my imagination began, my language arts teacher, Mrs. Burke, came through the door and announced that we had an opportunity of a lifetime.

Now, my class was streetwise, so we knew what she meant: we were going to have one more assignment or test before the school year ended. Our “Brady Bunch”-like emotions did get a little flustered, but no displeasure was expressed by anyone. Mrs. Burke began to share that each one of us would be definitely growing up and that one day we would be working. And this assignment was the opportunity of a lifetime to share with her my dream.

Now, I know you are probably thinking, what does this have to do with turning a dream into over $900,000, but trust me…you will see.

Back to the project...Her assignment to us was to picture ourselves 20 years from now (I was 12 at the time) and share with the class our occupation and where we would live. We could make a poster, models, or drawings related to our future selves.

My little world consisted of LEGOs and adventure, sports and pizza, endless drives in the car during summer vacation without A/C, and jumping on my neighbor’s trampoline as often as I could. So what did I want to become?

After a little bit of thought, I decided that I wanted to be a sheep-farming architect who lived in Middlesboro, Ky. You see, I had watched an amazing National Geographic movie in class on farming, which inspired me to do some research in the World Book Encyclopedia marked with the letter “S” on the spine…for sheep. Kentucky was known for bluegrass, so I looked at a map with rolling green pastures and mountainous terrain. Sheep eat grass. Middlesboro seemed like the perfect place.

What an amazing imagination!  But, it was the architect part that really gripped me.

I have always enjoyed looking at houses and architecture from an early age, especially those modern homes known as contemporaries.  Usually, they had smooth curves or distinct angular facades. Some of the contemporary homes had new technologies like solar water heaters or solar panels generating electricity facing the south or southeast to maximize sunlight exposure. So, I drew my dream contemporary home with solar energy.

It was last year during Upper School exam week. Mr. Mike Hudson ('94) and I had just been awarded the Wood Faculty Professional Development Endowment Award for the DarFarm horticulture project, and I became interested in incorporating some aspect of solar energy.

I had done some research online and located an event that was being sponsored by ASHRAE. I suggested that we go to the conference to hear about ways we could implement solar. The Georgia legislature had just passed House Bill 57, enabling third-party companies to partner with non-profits to enter into Power Purchase Agreements (PPAs) with Georgia Power. We spent just $50 on the conference registration.

We drove to the conference and listened to several panelists representing Georgia Tech, UGA, and Agnes Scott College. They mentioned various solar companies and the goals regarding their solar projects. Mike and I left the conference with a few business names and one business card.

Over the next couple of weeks, I spoke with some solar companies and other independent schools that have small solar projects on their campuses. My initial goal was to incorporate solar with our newly renovated greenhouse. Soon, I saw that there was far greater potential for the implementation of solar beyond just providing power to make fans run in the greenhouse.

After researching and finding a few local projects that had incorporated rooftop solar arrays, I found myself immersed in looking at power bills and energy usage on campus. I made a few calls and a couple of solar companies came to campus to evaluate our topography to see what would be a good option for Darlington School.

I had contacted Steve Chiariello of Inman Solar after the ASHRAE Conference. He had put me in touch with Brion Fitzpatrick, one of Inman Solar's project developers. Brion was the first person from a solar company to come to campus. He identified potential array sites and we discussed the amount of land that was necessary to produce +/-1 MW (megawatt) of electricity. He shared with me that the process by which Georgia Power selected sites for PPA consideration was accomplished through a lottery. A non-refundable application fee, along with the application, needed to be submitted quickly to be eligible for the program.

Once the paperwork was drawn up, I went to Head of School Brent Bell with the idea. I shared with him the opportunity we had in order to be considered for a solar array project site. We discussed preliminary terms for the land that was identified for the project. Following some negotiating, an agreement was reached, a letter of intent was signed, and our application was submitted in early August. The lottery selection process was to be completed by the first week of December, four months away.

It seemed like an eternity since my last face-to-face meeting with Brion. Then, on Feb. 14, I received an email that Georgia Power had selected our five-acre tract of land as a PPA site—I was ecstatic! I knew there was other due diligence involved, but, at least the project was moving forward. We had a very good chance of the solar project being approved.

A couple of weeks later, it was discovered that we needed to receive a special use permit in order to construct the solar farm. The application had to be made quickly to receive fast attention from the planning and zoning commission. The application was received and the hearing date was set for April 11.

It was at this meeting that I met with Steve Chiariello and Khaled Aboomar, project manager, for the first time. Both were well prepared for the meeting. When our request came up for discussion, there were questions, but no opposition. The vote was taken and our request passed with approval unanimously (7-0). Our final hurdle was the meeting of the Rome City Commission on April 25.

That Monday was an amazing day. Last touches on the land lease were agreed upon in the afternoon, and the commission meeting was at 6:30 p.m. I met Steve and Khaled at City Hall. We waited for our project to be called. Hopeful anticipation was welling up inside of me. Then, the meeting was called to order. The hearing had begun.

The commission asked for those supporting the measure to raise their hands—Steve and I gladly did. We were called to give information about the project and we asked for their consideration in granting the request. There was no opposition and the vote was taken. All commissioners approved the special use permit for the solar farm!

What was once a schoolboy’s dream and a $50 conference attendance fee turned into a $900,000+ solar project for Darlington School and Inman Solar for the next 25 to 35 years—an amazing win for all of us. Construction begins mid-July!

Believing is seeing. From a thought to reality. I am so grateful and thankful.

There are some incredible people that I wish to thank, whose hard work and dedication made this all happen. CFO Beth Pollard spent countless hours taking questions from members of the Board of Trustees, discussing lease revisions with Inman Solar and Wright Smith ('70) (legal counsel for Darlington), and engaging in many meetings with Brent Bell and myself.

I appreciate Brent giving me the freedom and opportunity to dive into this project. His support and dedication to the project will impact Darlington for years to come. To Wright Smith, a special thank you for his legal skill in representing the school. To the Board of Trustees, I am grateful for your input and full support of this solar project, leading us into a new dimension of third-party opportunities to benefit the school for her future.

To Brion Fitzpatrick of Inman Solar, his relentless pursuit and tenacious spirit to keep this project moving forward—I thank you. And to Steve Chiariello, thank you for being available and accessible to answer questions, along with a “can-do” mindset to see the project through.

Click here to read a news story about the new solar array on the Darlington campus.