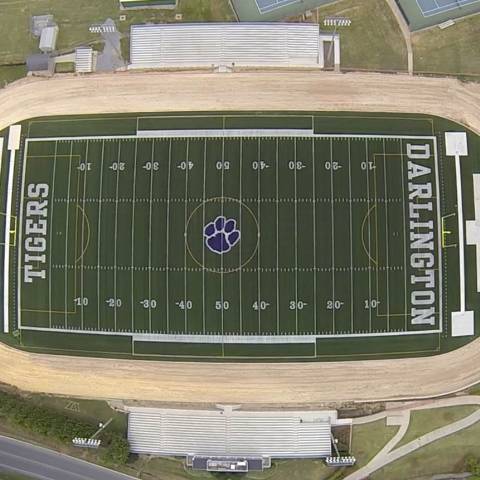 New turf to expand use of football field to Darlington Community, dedication set for Friday

A portion of the next phase of improvements to Darlington’s athletic facilities will be completed this week with the dedication of the new turf on Jerry Sharp Field at Chris Hunter (’82) Memorial Stadium, Friday, Aug. 28.

A special ribbon-cutting to officially open the stadium’s centerpiece will take place at 7 p.m. on Friday, just in time for the Tigers’ first home game against Bremen High School.

“Three things really make an athletic program,” said Athletic Director Eddie Guth. “Athletes, coaches and facilities. All three have to be there for it to succeed. It shows the commitment of the school to the students’ experience and the athletic program."

The construction of a new eight-lane track, which encloses the turf field, is underway and will be completed later in the fall. It is being funded by the school as a part of scheduled facility maintenance and improvements to replace a rubber track that was installed in 1992.

The turf project came about when several individual supporters approached school leadership and gave private donations so that the two projects could be done in tandem and finished during the same season.

“We believe in providing the best education for our students, and facilities play a big role in that,” said Head of School Brent Bell. “Doing what is best for students has been a guiding principle for this project. It is a great example of teamwork and how the structure of an independent school works.”

Construction began at the conclusion of the 2014-15 school year in May as a crew dug up the old track and grass field. Problems with the height of the field’s crown, leveling, drainage, timing and other issues prompted its replacement as the first phase of the two-part project, just in time for the fall playing season. Synthetic turf was selected based on its usability and durability; most importantly, its optimal usage is not dependent on the weather.

"A lot of work and research on the field and track project had been done in the past, and there was great depth of conversation on the part of our Board of Trustees and their leadership through the Facilities Committee," added Bell. "They identified the areas of need and gave the green light for fundraising and hiring contractors.”

The new eight-lane track will allow Darlington to host more and larger events on the regional and state levels, opening the facilities to students at other schools. The state-of-the-art track is to be made of a Rekortan G10 polyurethane surfacing system, a majority of which is created from environmentally-friendly renewable resources.

“We'd been talking about the track in particular for several years,” said Beth Pollard, chief financial officer. “The track was beyond its useful life—there were cracking and deterioration issues."

The enhanced facility will also include areas for high jump, shot put and pole vault.

Perhaps most exciting about the project is the versatility it offers to Darlington’s athletics program, turning the stadium from a football field to a complex of sorts that can also host games for the school's lacrosse and soccer teams as well as Darlington School Soccer Academy.

"I am so excited to play on the new field this year," said sophomore Aisling Fields, who is on the girls' lacrosse team. "Most of the other teams that we play have turf. It makes playing a lot easier and the field looks prettier."

Not only are the new field's goalposts removable to facilitate transitioning from one sport to another, but the turf is also lined and ready for soccer and many other events and uses, and offers a practical alternative to utilizing the other fields day in and day out.

"The new field will not only provide a superior playing surface, but also protects our grass fields from having to be ripped up during a game in the rain," said senior Will Sparks, who plays varsity soccer and varsity football. "[We have] lacked a stadium atmosphere that the new field will now provide. People will be more likely to stop by the soccer games because they will be on a more central location of campus."

Beyond serving Darlington's athletes, their families, friends and other sports fans, the newest additions to campus will benefit a host of others as well.

“Having a multi-purpose field allows us to also host student activities,” added Pollard. “It really becomes a community ‘venue’ that we haven't had in the past, and will open up access to the community around us because we don't have to worry about the wear and tear.”

The improvement and maintenance endeavors as they relate to this particular initiative have been a collaboration between a variety of different departments at Darlington, interested groups and individuals long before ground was even broken.

“One of the main leaders that stepped up was Trustee Bob Ledbetter (‘84),” said Joe Montgomery, chief advancement officer. “He was there from the beginning and at every step along the way, helping to guide the project and raise the funds necessary to pay for it.”

“Bob has worked so hard on this from start to finish with Darlington staff, his own staff and several other members of our community who have given their time as a part of the efforts to make our facilities available to more of our students,” added Julie (Wilson) Lucas (’97), director of development.

The project has also enjoyed a great relationship with businesses based out of Northwest Georgia, including Shaw Sports Turf (Calhoun, Ga.); grading by Spriggs Construction Co. (Rome); and fencing, brick and general oversight by Benefield Construction (Cedartown, Ga.).

“Any time we can use local businesses, it supports our greater community," said Pollard. "We would much rather use local service providers when possible so that the money stays right here in our community.”

“This is a manifestation of the power of the partnerships that we enjoy at Darlington—partnerships between parents, alumni and friends, coaches and athletes,” added Montgomery. “Everybody had to work with one another. It is truly multi-purpose and multi-interest, and brought a lot of people together."

In addition to the general public, all alumni are invited to the ribbon cutting for the new turf at Jerry Sharp Field on Friday, Aug. 28. Former football players and cheerleaders that wear their original Darlington jerseys and/or T-shirts will receive free admission into the game and will be invited to the field at halftime for special recognition.

Click here to tune in to a live broadcast of the first home game on Friday beginning at 7 p.m. 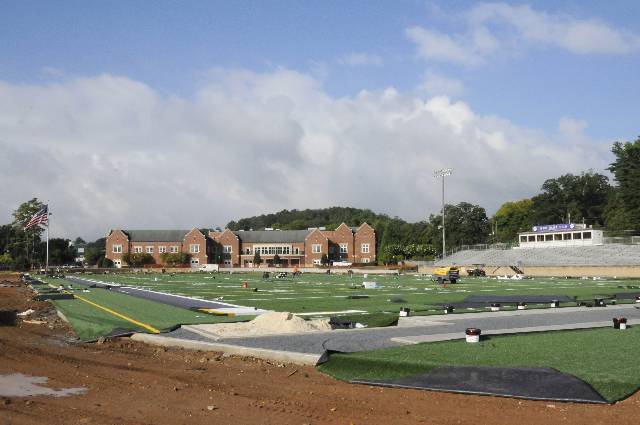 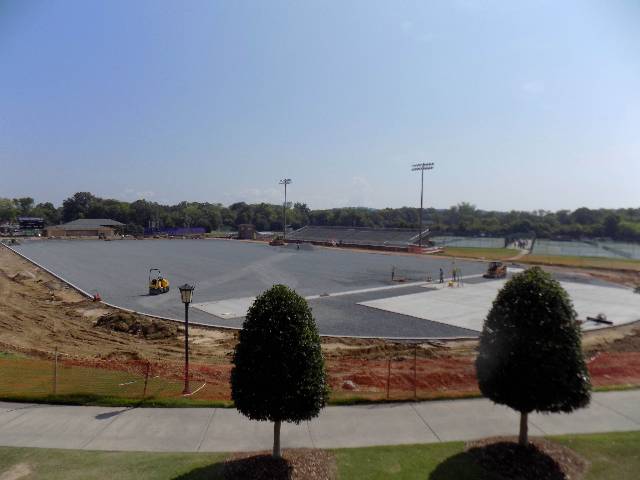 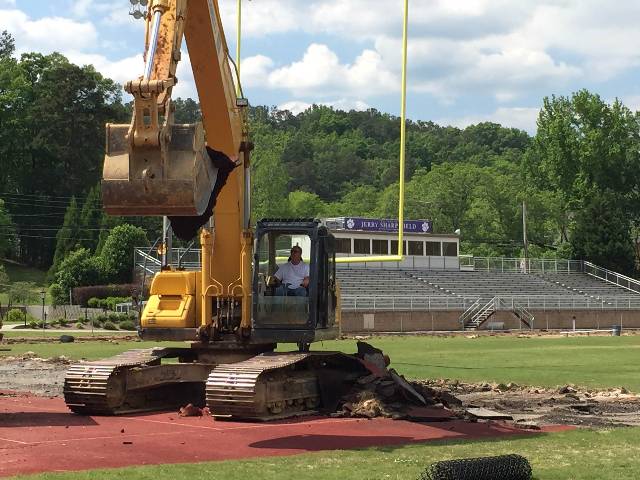