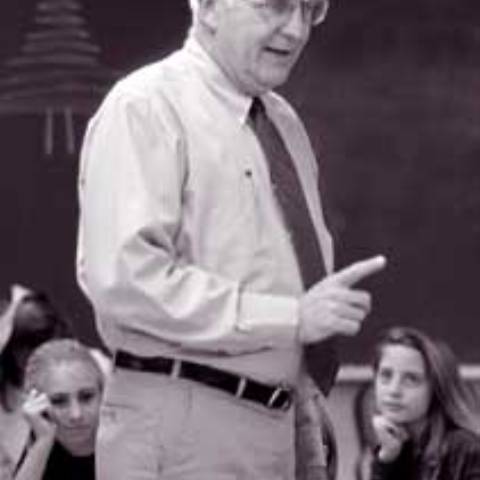 After graduating from Rome High, Muschamp spent three weeks at Darlington as a post-graduate – three of the most influential weeks of his life, Muschamp said. He then graduated from the University of North Carolina at Chapel Hill, and afterwards returned to Rome, where he coached and taught at East Rome High School before moving to Darlington Middle School.

“I use a lot of Larry’s teaching techniques in my coaching,” Sharp said. “I still remember some facts because of the way he presented them to us and I try to do the same. Larry has always been a role model. He sets high standards for himself, his sons, and the people he works with.”

Legendary teachers in Darlington’s history like Paul King, C.R. Wilcox, and R.M. Yankee were Muschamp’s role models. “These men influenced my life tremendously. I believe that the same caliber of teacher is still present today,” Muschamp said. “I see similar values, concern for students, and a caring attitude in our Lower School teachers.”

Lower School faculty have observed the same attitudes in him. Music teacher Diane Lumpkin said: “Larry Muschamp is one of the greatest men I have ever known. He treats everyone fairly with love and respect.

“What a wonderful place this world would be if there were more Larry Muschamps guiding the lives of our children, and being at the helm of a great institution where intellect, values, and character, are molded for the future.”

Upon learning of his retirement, a student expressed his concern for other students who would not hear Muschamp’s stories and jokes in the classroom (Muschamp teaches fourth and fifth grade Geography and U.S. History). Although he was flattered, Muschamp said he would prefer students to remember him for things he has taught in the classroom.

Muschamp is leaving a campus that holds the attitudes and individuals he admires. “The faculty here is the most professional and caring group I have seen anywhere,” he said. “Teachers and students here are always smiling.”


Tayloe Brings Experience in Teaching, Counseling, and Public Relations
Mark Tayloe, a 15-year Darlington veteran with versatile talents, will replace Larry Muschamp as principal of the Lower School July 1. Tayloe, who started his Darlington career in the Upper School teaching English, coaching tennis, advising the student newspaper, and living in the dorms, has had many administrative roles at Darlington the past 10 years.

As resident dean of South Hall, Tayloe was surrogate parent for freshmen and sophomore boys. As director of publications and public relations, Tayloe worked with the Lower, Middle, and Upper Schools in promoting the school. As director of personal counseling, Tayloe has helped students work through academic problems and personal crises. One of Tayloe’s most important accomplishments as counselor was initiating the Student Support Team, which deals with alcohol and drug issues and eating disorders.

“My public relations experience at Darlington gave me familiarity with the Lower School and a knowledge of the people and programs there. The counseling position has made me a better listener. As personal counselor, I have heard lots of different scenarios of problems that kids and parents and teachers go through.”

“Mark was picked a few years ago to succeed Larry as principal,” Jim McCallie said. “He has been preparing diligently for that role by observing Lower School classes, visiting other independent schools with lower school divisions, and studying the latest trends in elementary education. Mark is eminently qualified to be a great Lower School principal.”

“I expect the learning curve to be huge next year,” Tayloe said. “I am pleased to be moving to such a ‘well-run school, well-oiled machine,’ as Jim McCallie so frequently says.”

Tayloe, a graduate of the University of North Carolina at Chapel Hill, holds a master’s in counseling from West Georgia College. He recently completed additional coursework at West Georgia in educational leadership to earn an add-on to his master’s degree.

Tayloe, his wife Kim, former director of business and industry at the Rome Chamber of Commerce, and son Marcus will be moving to the Lower School campus soon.

“The Lower School is a gem,” said Tayloe, a deacon at First Presbyterian Church in Rome. “What really excites me is seeing the teachers in motion and the excitement of the kids. The professionalism of the faculty is amazing. There’s a hall of fame of teachers here who are totally committed to their work and their students. And it’s such a happy campus! I’m excited to be a part of it.” 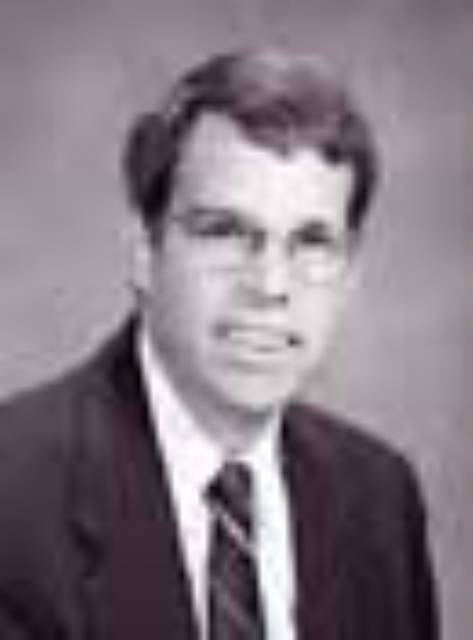